Lemonade Out of the Lemons MLB has Given Us 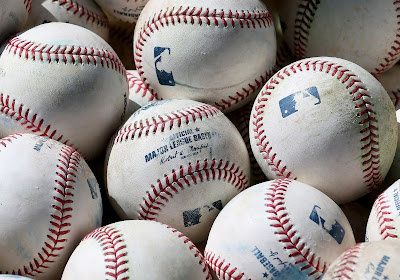 There’s both good and bad to come in the next couple of days. As has always been my stance, we’re going to see baseball in 2020. The flip side to that is Rob Manfred will impose a bastardized version thanks to the efforts of owners wanting to crush the sport. There has to be some silver lining though right?

Co-director of the IBWAA, Daniel Epstein, did a masterful job of breaking down Major League Baseball’s recent letter and detailing why the negotiations have been nothing short of a steaming pile of dog poop. Because of that reality, the owners will get what they’ve wanted since the get go here, less baseball. In playing a shorter regular season the financial commitments are at the least amount, while Postseason opportunity allows for the largest revenue stream.

As fans, it’s going to be hard to stomach a 50-something game sprint. The Twins hit 307 home runs to set a Major League record in 2019. That’s a gaudy number to look at and is nothing short of eye popping. Dialing that pace back to 50 games, you’re looking at a tally in the 90’s, or something close to the total between two longball leaders.

From a statistical perspective viewing this exercise through any normal lens is going to be a very tough sell. Baseball breathes life year-round because of the historical and numerical importance carried within the game. It’s one thing to argue the validity between a 150 and 160 game season but chopping off triple digits makes this an extreme outlier no matter how you dissect it.

We are going to have baseball, but make no mistake, this won’t be Major League Baseball in any sense of the suggestion. Rather than allowing for the nuance and leveling off that occurs over the course of a traditional 162 game marathon, it will be a sprint on a daily basis. Instead of winning a series and settling for a split in the next one, it will be a game of sweeps and a nightly pedal to the metal.

If we can separate what baseball is, and what this will be, there could be some level of enhanced excitement to it. The one game Wild Card is often torn down because of the length it takes to achieve that opportunity, and then how quickly it is taken away. There’s no denying the level of excitement or pressure placed on those nine innings however, and now we’ll get a version of that for the entirety of the action.

Decisions made by clubs will need to be reflective of opportunity within the next 24 hours as opposed to the next couple of weeks. Teams will need to manage in an attempt to thwart off divisional foes even a game behind right from the word go. In what will likely feel akin to the World Baseball Classic style of play, single game importance is set to be in a place we’ll have never experience during a regular season.

It’s truly unfortunate that a global pandemic was used to further the agenda of billionaire owners. We as fans lose the opportunity to cheer for our teams, and experience anything resembling the sport in its intended set of parameters. If we’re going to do this hack job of a year though, we might as well try to start finding rainbows through the storm.
Posted by tlschwerz at 8:46 AM