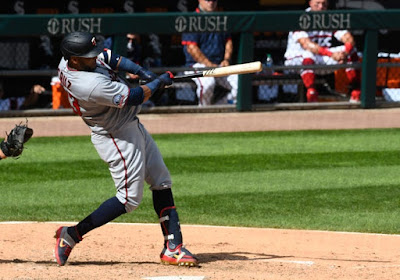 The Minnesota Twins begin a four-game set tonight in Chicago, and it’s arguably their most important series of the year. How much importance lies in the amount of weight put on Postseason positioning, however.

After sweeping the Cleveland Indians over the weekend Rocco Baldelli’s club has all but put a nail in that proverbial coffin. Terry Francona’s squad has another tilt with the White Sox yet to play and cannibalizing divisional foes shouldn’t help them climb back into the race. That leaves Minnesota and Chicago, four games, division on the line.

Here’s the deal, there was never a point in which it seemed in doubt that the Twins would miss the Postseason. They are one of the five best teams in baseball, and an argument for the top two is more than healthy. Despite a midseason skid, even in a sprint, they’ve been well positioned the entire way. It’s that positioning, and exactly what they’re playing for, that remains to be seen.

Winning the AL Central in just 60 games loses some of its luster. Having home field advantage with no fans, and for just one three-game series prior to moving to a neutral site waters down impact. What Baldelli and his club must not lose sight of however, is understanding exactly what they can control.

Right now, it appears that some combination of the White Sox, Indians, Houston Astros, and New York Yankees could all be included amongst the bottom half of the Postseason clubs. Two of those are well known divisional foes, while the other two are regular juggernauts on an annual basis. None of their positioning is determinable solely by Minnesota, however.

If there’s a “lighter” inclusion come playoff time, it’d have to be argued that the Toronto Blue Jays qualify. Minnesota trying to play a matchup game seems like a losing proposition however, and a shift in mental makeup that generally would thrive off competition. Short of playing guys through injury, it’s time to go for it.

Winning this series against the White Sox, as they have done twice already this year, should be viewed as a must. Go grab hold of the AL Central and chase down the Tampa Bay Rays in hopes of landing the best seed in the American League. From there, setting yourself up for familiarity during the most volatile series makes too much sense.

First through fourth gets home field advantage in the opening round of the Postseason. Having secured that while winning the division sets a momentum building precedence going into somewhat of a crapshoot. There’s a definite boost playing within the confines of familiarity and having the ability to escape the game outside of a hotel room.

Regardless who Minnesota finds in the opposing dugout come October, they’ll all have more warts. Cleveland and Chicago have been routinely bested in the regular season, while the Astros and Yankees have pitching and injury question marks of their own, respectively. As was thought to be the case going into the year, Derek Falvey and Thad Levine’s club should have a leg up on virtually anyone they square off against.

The sky doesn’t fall if the Twins come up on the short end of the four-game set on the South Side. That said, it’s a series that should be managed with the highest priority and with no stones left unturned. Time to get it done and begin riding a wave that ends in a parade.

Posted by tlschwerz at 9:58 AM