Finding the Twins Next Utility Man 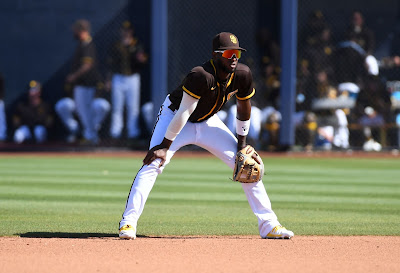 Going into this offseason the Minnesota Twins are going to need a replacement for a couple of backup infielders. Both Marwin Gonzalez and Ehire Adrianza are free agents, and I’d expect the Twins to move on from both. They served key roles on the active roster however, so seeking out a replacement will be necessary.

Marwin was signed under the premise that his 2017 was repeatable, and had they know it was a trash idea, Minnesota likely would’ve looked elsewhere. Adrianza was a glove first guy that performed up to that distinction when getting run with the Twins. In finding an alternative, Rocco Baldelli will need a player that can be an asset when filling in.

The reality is that Minnesota has some serious issues when things go awry on the dirt, and we saw that with both Josh Donaldson and Luis Arraez in 2020. Having a backup plan there is a must going into a new season. Marwin and Ehire posted a .606 and .557 OPS respectively, so aside from occupying space, them being in the game was a serious negative.

I don’t know that I’m hung up on any one person for their replacements, but there’s definitely a profile I’d like to see. Marwin brought an outfield ability to the utility role, but that should be less necessary with the readiness of Alex Kirilloff and the combined emergence of Jake Cave and LaMonte Wade Jr. To me, the Minnesota utility man has to be able to play both second and third base while also owning a productive bat.

Traditionally second base hasn’t been a position of immense offensive production, but that’s shifted in recent years. There are some truly exceptional offensive two-baggers in the game and carrying that profile to a position that needs to contribute offensively at the hot corner, is a very good thing. I don’t want to live in a world where the Twins are sans Donaldson or Arraez for consistent stretches, but they need to be better prepared if they are.

So, what are some names to consider? This is actually a decent free agent class if you’re shopping in the middle. It’s not especially noteworthy at the top however, and that could create some additional competition around the mean. Regardless, there’s some names I’d be more than happy to see wearing baby blue at Target Field.

The former top prospect will be 28 in 2021. He has arguably the most positional flexibility of anyone in the group and that presents a lot to like. He posted a .793 OPS with the Rangers in 2018 and was at .771 this season for the Padres. He’s hardly been the elite prospect that he was billed, but there’s legit power and on-base skills here when he’s going good. If the Twins see a way to unlock another level in what should be his prime, a solid commitment wouldn’t be shocking.

Traded to the Athletics during the 2020 season, La Stella enters the open market coming off a second straight strong season. His .819 OPS followed an .832 mark as a first time All Star in 2019. He’s primarily played second base but has 84 starts at the hot corner as well. The power potential isn’t a huge draw here, but he did launch 16 dingers in 80 games during 2019.

A number of years ago Iglesias struck me as an ideal candidate to be the Twins shortstop. He’s a strong defender there and it’s been the only role he’s played since 2015. It remains to be seen whether the downgrade in role is one he’d agree to, but there’s also a good option to spell Jorge Polanco when needed. The .956 OPS in 39 games with the Orioles this year is a definite outlier however, and Minnesota would need to be convinced they’re getting above the .700 career mark. He’s probably a boost on Ehire while being Marwin or worse.

This one would definitely be just a one-year deal as he’ll be 35 in 2021. Cabrera has been around for a while, having just completed his 14th year in the majors. He won a ring with the Washington Nationals a season ago and took over as the primary second basemen from former Twins great Brian Dozier. Cabrera is more second basemen than he is third but can play both roles. What I like here is that the offensive floor is pretty safe. He’s probably not going to post much lower than a .750 OPS and you’ve got a chance for him to scratch near .800. There’s power, there’s some walks, there’s something to like.

I’m not going to write him up as the Brewers have an affordable team option and it’d make little sense for them not to use it coming off the season he just had.