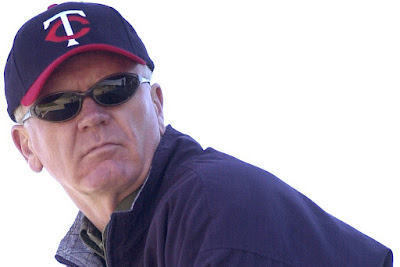 The Minnesota Twins weren't supposed to be much of anything this season. Paul Molitor was expected to inherit a team finishing closer to 90 losses than 90 wins. September would be another month highlighted by call-ups and talks of the future. Then the season happened, and none of that took place. Looking at the offseason, it's Terry Ryan's recent decisions that provide the biggest bright spot for what will be an extremely important 2016.

In 2014, the Minnesota Twins were taking on water and going nowhere fast. A fourth straight 90 loss season had very few highlights, but one of the greatest was a trade that got very little respect. Twins GM Terry Ryan grabbed Sam Fuld off of the Oakland Athletics scrap heap. Entering the season with little outfield depth, Fuld was a need for Minnesota. Then as the roster shifted later in the season, Fuld became an even bigger asset.

With the Athletics poised for a postseason run, Oakland wanted its speedster and defensive asset back in the fold. In return, they sent major league caliber starting pitcher Tommy Milone to the Twins. Milone owns a 4.08 ERA across 21 starts for the Twins in 2015. At times, he's looked like their best starter. His 6.3 K/9 is amongst the best of his career, and being under team control until 2019 makes him a valuable depth piece. For virtually nothing, Ryan had worked a great deal for his club.

Then, with the Twins in position to make a playoff run this season, Ryan did it again. This time, Minnesota would be on the market for relief pitching. A bad bullpen needed help down the stretch, but shying away from sacrificing the future needed to remain the goal.

Ryan plucked Chih-Wei Hu from High-A Fort Myers and sent him to Tampa Bay for Kevin Jepsen. Hu was having a great season (2.38 ERA across 16 starts in the organization), but he was never regarded as a top prospect. As little more than a lottery ticket, and with pitching depth abundant for the Twins, Ryan cashed in for a strong major league asset.

Jepsen joined the Twins with a 2.81 ERA in 46 games for the Rays. Since getting to Minnesota, his 1.96 ERA, 2.88 FIP, and 7.8 K/9 marks have all been even better than what he left. He's also filled in as closer (7 saves) for an injured Glen Perkins. On top of that, Ryan once again got a controllable asset in that Jepsen doesn't hit free agency until 2017.

As Minnesota embarks on the offseason and begins to prepare for the 2016 season, there should be plenty of roster shuffling. In looking at the landscape of the organization, I was able to come up with just 14 players who should be considered roster locks. That group would include: Kyle Gibson, Phil Hughes, Kevin Jepsen, Trevor May, Glen Perkins, Ervin Santana, Kurt Suzuki, Brian Dozier, Joe Mauer, Trevor Plouffe, Miguel Sano, Eduardo Escobar, Aaron Hicks, and Eddie Rosario. That gives us a starting point.

Based on the above grouping, the Twins should have three of their five starters accounted for (Gibson/Hughes/Santana), two relievers (Jepsen/Perkins), second basemen (Dozier), first basemen (Mauer), and third basemen (Plouffe). What that means, is that there's plenty of roster uncertainty left. In a season the Twins should begin to start a chain of consecutive playoff seasons, it will be on Ryan to improve and remove that uncertainty.

Thankfully, the Twins have some expendable assets down on the farm. There's maybe not room for Jorge Polanco, Oswaldo Arcia could be on the outs; what happens to Vargas or Santana? How does Max Kepler fit, and are all of the promising relief arms going to make their debuts with the Twins? Each of those questions need answers, but in packaging some of the questions as assets, Ryan could boost the Twins from outside.

It's fun knowing that the Twins organization has one of the best farm systems in the league, and it's tough feeling an excitement to seeing those players realize their potential. The fact of the matter though is that not all will, at least here. Minnesota should find themselves relatively active in the trade market over the winter, Ryan absolutely has the pieces to move. Pushing the floor higher by executing more Jepsen type trades (proven/quality major league talent) should be part of the blueprint.

It's far too early to speculate who Ryan and the Twins may target, or who they may deal. What isn't too early to tell however, is that when looking at recent trade history, Terry Ryan absolutely knows what he's doing.
Posted by tlschwerz at 11:21 AM