Molitor Managing For His Career 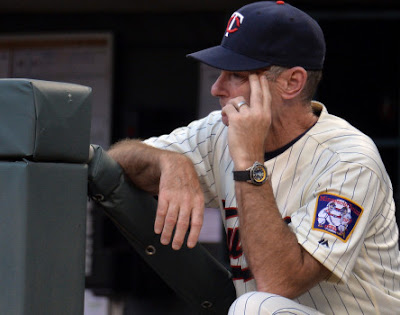 Paul Molitor compiled over 3,000 hits and played in over 2,600 games in his career. He was enshrined in the Hall of Fame at Cooperstown, New York. Paul Molitor the player accomplished about as much as humanly possible of the baseball field, the managerial version has been less successful however.

Now with a new front office regime in Minnesota, Paul Molitor will be proving his worth to an entirely different crowd. The argument can definitely be made that the Twins manager should've been fired ending the 2016 season. His club lost a franchise worst 103 games, he looked inept at times during critical in game situations, and his reliability to the franchise's lifeblood, its youth, seemed lacking. While there was the successful 2015 campaign before it, 2016 did no favors to Paul Molitor's managerial credibility.

While Jim Pohlad did make the decision to begrudgingly dismiss General Manager Terry Ryan, he mandated that whoever come into the role be tied to Molitor for the 2017 season. It was a decision seen as something of a detractor to an otherwise attractive role. However, Minnesota landed their men, and now must move forward into the year that lies ahead.

As Derek Falvey and Thad Levine enter, the Twins now have a front office duo that combined are nearly the junior to Ryan's age. They bring a new line of thinking with them, and appear more inclined to welcome all possible avenues for growth and advancement within the franchise. On top of what they are on their own, neither men has any more tie to the former Twins (and Brewers) great than the relationship they are developing in the moment. With nothing to hang his future hat on, Molitor must know his time is now.

Given that the Twins will find themselves at somewhat of a crossroads in 2017, Molitor's management will come into the spotlight early and often. The club was awful a season ago due in large part to pitching that was simply not big league quality. Bouncing back to somewhere even slightly below average should give this club a decent shot at chasing a .500 record. The little things over the course of the season, and on a game-by-game basis, will determine how realistic it is that they reach or surpass that mark.

Without immediate notes to point to, recalling late game bunting scenarios, bullpen management, pinch hitting decision, and arguably the most egregious, lineup construction, highlight the areas in which Paul Molitor continually fell short. Having a team void of the superstar big league, Molitor will need to become a manager that does more with less, and further positions his team to achieve past their potential. It will be on both Falvey and Levine to decide whether or not Paul accomplishes that feat.

In 2017, Molitor will have more help around him. Going outside of the organization, the Twins have a hitting coach in James Rowson that can be no worse than the dated ideals of Tom Brunansky's "drive-the-ball-into-the-ground" style, and his over emphasis on changing hitters to all fit a similar mold. They also have brought in Jeff Pickler from the Dodgers organization, with the sole purpose being a liaison between baseball between the lines, and the game played on a piece of paper. Before anything even gets started, Molitor should find himself better positioned than he was to start the 2016 season.

Given no assurances, and with nothing to hang his hat on, it could be a while before Molitor finds another opportunity should this one come up empty. Molitor has long been groomed within the Twins organization, and beat out another internal candidate in the form of Doug Mientkiewicz. He'll now need to exceed the expectations of an external duo and generate a list of accomplishments that tie directly to what he has provided from the dugout's top step.

There's really no reason to bet against Molitor in 2017. The Twins will enter with low expectations, and pieces in place to surpass them. It's in the club's best interest to establish continuity during their rebuild, and Molitor can make a case to be at the heart of it all. If he's going to do so however, he'll need to get the buy in from his young players, and turn them into the stars Twins Territory has heard about for years. It's an uphill battle for the Minnesota native, but Paul Molitor absolutely appears to be fighting for his managerial career in 2017.
Posted by tlschwerz at 5:54 PM