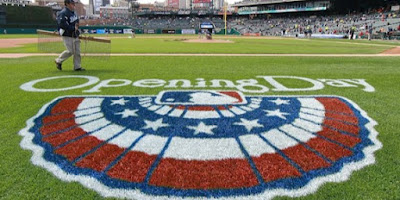 As the 2019 Major League Baseball season quickly approaches, I find myself running out of time to get out ahead of the yearly prediction game. Looking at the key individual awards, as well as how the Postseason will shake out, there’s plenty of excitement to come in the year ahead. I am of the belief there’s a significant number of teams not currently trying, but there’s a good cluster that will battle against each other in both leagues this year.

Before we get to how I see the year going for teams, it’s worth looking at what the cream of the crop may look like individually. We don’t have the obvious Shohei Ohtani out of the gate, and we’ll need to see the emergence of the next Ronald Acuna or Juan Soto. Pitching awards are littered with favorites of guys that have done it all before, but there’s also some new names right on the cusp. Here’s who I see capturing individual recognition.

One guy is looking for his third MVP award while another is looking to get over the hump and capture his first. Mookie Betts jumped up and nabbed the title out from under Mike Trout last year, but the greatest player in the game is ready to take back his throne in 2019. On the flip side, Arenado came ever so close to his first MVP a season ago but fell just short. With the ink still drying on his newly signed contract extension, he should find the hardware as a nice reward for his efforts.

I’m not all in on either dark horse candidate here but think they both have some nice post-hype appeal. Correa hasn’t played a full season in two years, but flashed MVP caliber abilities at multiple points throughout his career. Bellinger ran away with the Rookie of the Year vote in 2017, and then slide backwards a bit in 2018. I’d think his true ability lies somewhere in between, but at just 23-years-old, there’s no reason to think that the ceiling may not be even higher.

Outside of Verlander, this may be my favorite prediction of the offseason. I love how many new names are popping up on the elite pitching scene, and as baseball fans, we all stand to benefit from them. Verlander was right there a season ago and could be looking at his second victory (and first with the Astros). For the Dodgers it’s obviously disheartening seeing the decline of the great Clayton Kershaw, but what better way to mitigate that than to have Walker Buehler in tow. This kid is the real deal, and I wouldn’t be shocked if we’re talking about multiple victories a handful of years from now.

The dark horse candidates for the Cy Young are so fun. Jose Berrios is already a staff ace for the Minnesota Twins, and looks like a bit more refinement could have him making a significant leap forward. The breaking pitches are ridiculous and commanding them a bit better should do the trick. German Marquez may be the best under-the-radar hurler in the game right now, and he’s working to dispel the notion that pitchers can’t be great in Colorado (with teammate Kyle Freeland doing the same).

There’s no prospect that has been talked up more in baseball than Vlad Jr. Son of the recently inducted Hall of Famer, Guerrero Jr. wields a bat that is otherworldly. The Blue Jays have suppressed his service time all they can, and while he’ll need to wait a few more weeks before breaking into the big leagues, there’s no reason why the bat shouldn’t play. He’s not going to last at third base long, but if the OPS is north of .900 in his debut campaign, he’ll run away with this. Now that Bryce Harper is gone for the Nationals, Victor Robles finally has a clear path to playing time. Previously the best overall prospect in baseball, his breakout following teammate Juan Soto of a year ago would be a nice development for Washington.

It almost seems unfair that the Astros would be able to add another ace to their pitching staff, but Forrest Whitley could prove to be just that. The best pitching prospect in the game has looked great this spring, and he’d be a mid-season addition any team would love to have. He may not be up long enough to catch Vlad, but he should make this interesting. The Reds are going to give Nick Senzel a shot to stick in the outfield after coming through the system as an infielder. His bat should play for both average and power, while all early indications suggest he’s made a seamless position change.

A big believer in what the Nationals did this offseason, despite losing Bryce Harper, they’re going to be a tough team to beat. That rotation should be one of the best in baseball, and is Robles breaks out as expected, their outfield could challenge that title as well. Depth could be a concern in multiple places here, but I like what Dave Martinez must work with.

Houston came up just short last season losing to the Red Sox in five games. Boston has taken a step backwards, and the Astros are ready to make it two World Series victories in three years. This lineup is loaded, the pitching staff is for real, and A.J. Hinch has a group that knows how to win.
Posted by tlschwerz at 10:07 AM