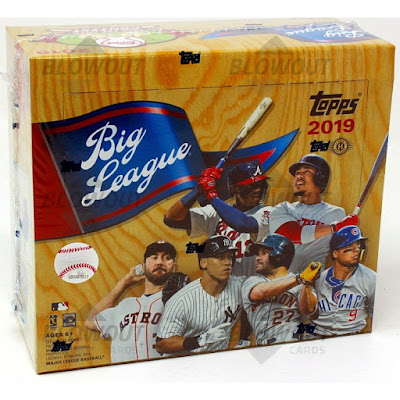 While sports trading cards have been a long-standing cardboard commodity, Topps previously introduced the digital collecting craze. In football it’s known as Huddle and in baseball its coined Bunt. Although there’s a digital aspect to these products, Topps used to produce a physical counterpart. In recent years the baseball Bunt brand has died off physically, and it’s been replaced by Big League. A cheap rip focused on subjects and child-sized fun, Topps has executed something everyone can get behind.

As sports cards have seen resurgence in popularity there’s no denying the lucrative aspect of collecting. For products like Big League though, it isn’t about the almighty dollar and instead provides an affordable avenue for the avid fan or new collector to participate in the longstanding hobby. With the Minnesota Twins being well represented in 2019, this is a product you should definitely check out.

There are a total of 403 cards in the 2019 Big League base set. That’s a whopper in and of itself, but Minnesota’s cards are more manageable with 13 entries. You’ll find plenty of familiar faces in this group, but the standouts include C.J. Cron, Jonathan Schoop, and a Willians Astudillo rookie card. The Twins don’t have any players in the three base variation set checklists.

As mentioned above, Big League is not about inserts or autographs. While both subsets are included, neither is the goal of buying into the product. For the Twins however, there is an entry in each of the three insert checklists. The Player’s Weekend Nickname, as well as the Star Caricatures set, includes Jose Berrios. Max Kepler represents Minnesota on the 10 card Wall Climbers group.

Just 52 autograph cards show up in total across the entire checklist, but Minnesota lands three participants. At the low price point, you can expect each of these to be of the sticker variety. Eddie Rosario and Jose Berrios find themselves on the Big League autograph set, with each offering producing parallel cards as well. Willians Astudillo lands his first Topps RC auto in the 17 card Rookie Republic portion of the product.

If you’re looking for something to rip in bulk, a cheap item to enjoy the imagery, or a card offering that will appeal to younger generations, then Topps Big League is certainly a good bet. Make sure to look for it at your local retailer or hobby store on May 15.