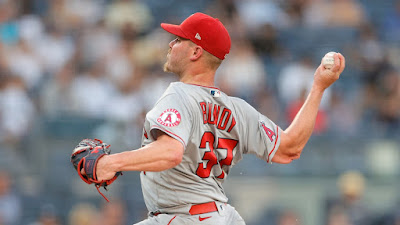 Right before the final bell on the Major League Baseball offseason rang before Rob Manfred locked out the players, Minnesota got a deal done. The Twins signed former first round pick Dylan Bundy to a one-year deal worth $4 million. No, it’s not cut from the “same ole’ Twins” cloth.

Take a quick glance at Bundy’s 2021 numbers and it looks like a scrap heap pickup. He had an ERA north of 6.00 and a FIP that suggests he was equally as bad. The strikeouts dipped, the walks rose, and he gave up two homers for every nine innings he pitched. That’s not good. Now, take another look.

In the truncated 2020 season Bundy finished 9th in the American League Cy Young voting. He posted a 3.29 ERA and an even better 2.95 FIP. His 9.9 strikeout rate was a career high, and his 2.3 BB/9 was a career low. At 27 years old he posted the best season of his career. Now, where does the truth lie?

Probably somewhere in the middle. Prior to 2020, Bundy owned a 4.69 ERA while striking out just shy of one batter per inning. He gives up a decent number of dingers but has largely put the injuries that plagued him as a prospect behind him. That is, until this season. Bundy threw just 90.2 IP for the Angels in 2021 and was one of the many pitchers that saw dips in spin rate following the sticky substance ban.

So, what do we make of all this?

Firstly, regarding the sticky substances, it’s hard to draw too many conclusions. Players were forced to adapt on the fly with no warning. This is on top of having a ball that was already being manipulated by the league itself. With more runway this offseason to work through things, we could expect to see a greater ability of adaptation. The hope would be consistency from the implement centered in the game, and we’ll have a greater opportunity for a base level of results.

Secondly, regarding the injury issues, it’s fair to wonder what the impact of a shortened 2020 and competitive changes in 2021 had on his body. Baseball players are characters of habit and routine, throwing that off can have substantial ripple effects and I believe we saw that to a larger extent on the minor league side this season.

But why isn’t Bundy just another cheap pickup you ask?

Look at the upside here. Last season the Twins gave $8 million to a 38-year-old J.A. Happ who was very likely on the tail end of his career. He’d posted sub 4.00 ERA’s but had very little upside and plenty of room to go bottoms up. They gave $2 million to Matt Shoemaker who had been solid when healthy, but rarely was able to stay on the field. Again, that’s a decent amount of chance to count on in the rotation for Opening Day.

Should the Twins fail to execute in allocating the funds they could’ve dispersed to Jose Berrios as a rotation centerpiece, then they need to be held accountable for it. Right now though, Bundy represents a solid floor for what can be hoped to be the start of something more (once the lockout ceases, of course).