The Trade That Fleeced The West 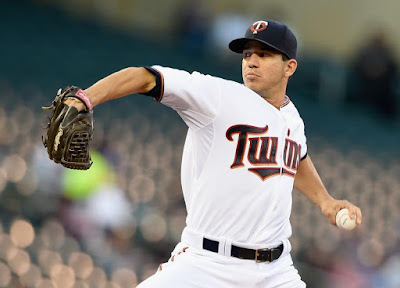 To kick off the week, the Minnesota Twins welcomed the Baltimore Orioles into the friendly confines of Target Field. Looking around the diamond, it's hard not to get a little upset knowing J.J. Hardy is standing at shortstop while Jim Hoey is off building computers somewhere. Although the Twins have been on the short end of the stick in their fair share of roster moves, this season it's been about one of the best trades in recent memory.

Despite looking to make a run at the playoffs in 2014 by bringing in slugging designated hitter Kendrys Morales, the Twins sealed their fate by mid-summer. Sellers at the trade deadline, Minnesota had few assets that other teams coveted. The one they did have however, was an outfielder claimed off of waivers just a few months earlier.

Cast off by the Oakland Athletics, Sam Fuld was snagged by the Twins. With Aaron Hicks struggling, Oswaldo Arcia being what he is defensively, and the options running thin, the Twins needed a capable fielder. Snatching up Billy Beane's castoff, the Twins employed Fuld for 53 games last season.

Over the course of those 53 games, Fuld proved extremely valuable for the Twins. The scrappy outfielder hit .274/.370/.354 with 10 doubles and 17 runs batted in. Then it happened, on July 31, the Athletics came knocking. Needing to make up for the oft-injured Coco Crisp, and outfield deficiencies of their own, Beane wanted Fuld back for his playoff run. In return, he would off the Twins Tommy Milone.

Milone is far from an elite level major league pitcher, and he's probably not even a front end of the rotation type guy. However, for a team in the doldrums of the Major League Baseball ERA standings, the amount of value was through the roof.

Sure, Milone's first impression for the Twins was less than ideal. In six games, he owned a 7.06 ERA, his 4.6 BB/9 ratio wasn't good, and the former Oakland pitcher was rarely healthy. Coming off of that performance, spring training was going to be an uphill battle as well. Competing for the 5th and final rotation spot, Milone just squeaked into what was slated to be a much improved Twins rotation.

After a rocky start to the season, Milone was given a chance to let things click. Being sent down to Triple-A Rochester, Tommy really turned things on. On the farm, he pitched five games going 4-0, owning a 0.70 ERA, striking out 47 in 38.2 IP, and walking just three. On top of that, he allowed opposing hitters to bat just .182/.200/.248 off of him. By all accounts, he was absolutely brilliant.

What's better is that it hasn't stopped.

Since returning to the Twins on June 4th, Milone has pitched six games and owns a 1.95 ERA across that span. He's struck out 29, walked just nine, and pitched 37 innings. Allowing just a .243/.289/.350 slash line against, major league hitters have been overmatched by the soft-tossing lefty as well.

The level of production Milone has afforded the Twins in 2015 couldn't have been predicted by even the most in tune baseball minds. Knowing that the Twins gave up nothing to get him (or more accurately, rented a player and then received a pay day for it), makes the situation all that much better.

It's probably not fair to suggest that this run of brilliance is going to continue, at least not at this level. His current ERA ranks amongst the American League leaders, and after all, he still remains a less than ideal top end starter. For the Twins though, he absolutely makes sense, and remains a massive asset going forward.

Knowing that pitchers like Jose Berrios, Trevor May, Tyler Duffey, and Taylor Rogers are all readily available to provide quality depth, Milone's brilliance only bolsters the Twins going forward. Not eligible for free agency until 2019, Minnesota has a very controllable asset at their disposal, and they will continue to be all the better for it.

From the get go, Terry Ryan and the Twins absolutely fleeced Billy Beane, the Athletics, and the AL West by sending Sam Fuld back in exchange for Milone. With his emergence in 2015, the icing on the cake looks even tastier.
Posted by tlschwerz at 11:40 AM