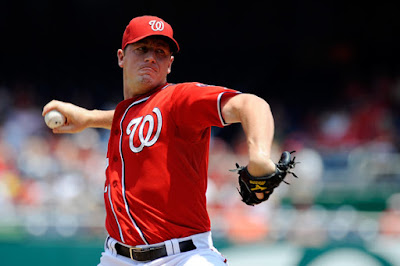 After the 2015 Major League Baseball season that the Minnesota Twins just experienced, expectations for the upcoming 2016 year are at an all time high. Having not made the playoffs since the 2010 season, this offseason is pivotal. Terry Ryan and the Twins brain-trust will be expected to make some key moves to push the Twins over the top. Once again, could it be another free agent pitcher that highlights the winter?

Each of the past few seasons, the Twins have made a splash. First it was Ricky Nolasco and Phil Hughes. Last offseason, it was Ervin Santana. Now with pitching as more of a strength, and looking to push the attitude towards a higher quality than simply a quantity of arms, a different type of starter could emerge.

The free agent pool for starting pitchers this offseason has multiple different tiers covered. There's the unrealistic types such as Johnny Cueto, Zack Greinke, and David Price. Then there's more of the same (similar to Hughes or Santana) in names like Yovani Gallardo, Jaime Garcia, Scott Kazmir, and even Clay Bucholz. One name not mentioned, and a guy that could be a potential fit, Jordan Zimmerman.

After seven seasons with the Washington Nationals, Zimmerman is ready to move on. Coming off a 2 year, $24 million deal, he's ready for his first big payday. Something in the five year, $90-100 million range seems expected, and for a guy who will be 30 in May, that sounds about right.

In 2015, Zimmerman posted his worst full season with the Nationals. The good news is he was still pretty good. Owning a 3.66 ERA across 33 starts and 201.2 IP, he backed his performance with a 3.75 FIP (fielding independent pitching). His walk numbers (1.7 BB/9) fit in well with the Twins staff, and despite not being a strikeout master (7.3 K/9), he'd be among the Twins best.

Having never pitched in the American League, there's no doubt the Twins would be taking a chance on bringing him over. His sparkling 2.84 ERA at home in 2015 helped to downplay a 4.87 ERA in 14 road starts. Over the course of his career, Zimmerman has mad 24 Inter-League starts. In those games, he owns a 3.05 ERA and has struck out batters at a 7.3 K/9 rate. The expectation should be that he could continue being an above average pitcher in Minnesota.

To be fair, the Twins don't have to go an find a top of the rotation starter this offseason. The Kansas City Royals are going to the World Series without one (Cueto has been anything but), and the New York Mets have shown how important it is to have guys that give you a chance every single night. However, should the Twins target Zimmerman, the next question becomes whether or not the financial implications are doable.

Needing to address the catcher role, and relief pitching, Minnesota has some other priorities this offseason. In 2015, the payroll sat just over $106 million. As things stand right now, Minnesota has contracts handed out to seven players worth a total of $73 million. Obviously that number is going to rise, and before Zimmerman, I'd expect the Twins to be in the $107 million ballpark for 2016. With that said, adding an arm like the former Nationals starter would put the Twins somewhere around $125 million in the year ahead. That jump is significant, and a mark the club has never seen before. It's hard to fathom them being comfortable with that for one player, even if the dollars are accesible (I believe they are).

At the end of the day, Zimmerman is a Midwest native (hailing from Wisconsin), the Twins have a need (potentially), and Minnesota has the money (ideally). It would take an absolute perfect storm for a deal to come together, but it may be the best plan of action. Rather than adding another depth rotation arm, solidifying the top of the rotation may be the best thing for Molitor and Ryan.

There's little room to argue Zimmerman is anything but a longshot, but over the likes of Kazmir, Bucholz, or Jeff Samardzija, give me the guy looking to get paid.
Posted by tlschwerz at 10:11 AM