Out Of Options: Twins On The Outs 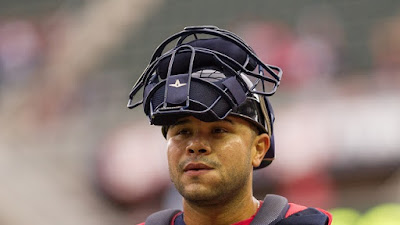 As the Minnesota Twins look towards the offseason, it will be in that period of time that roster decisions are made in setting the landscape for the year ahead. As always, the 40 man and 25 man roster crunches will be felt by an unlucky few. With Minnesota looking to compete at a high level in the year ahead, there's some household names that may be on the outside looking in.

To be exact, the Twins have seven players that are out of options in 2016. With a few of them posing some real significant questions for the Twins, they may be better off dealt during the offseason rather than lost out of spring training. Treating each case differently, here's those seven players, and their likelihood of sticking with the Twins in 2016.

Probably the most interesting name on this list, Arcia has some significant complications. He played in just 19 games at the big league level last season, but he slashed .276/.338/.718. Outside of an impressive home run streak during the summer for Triple-A Rochester, his season was abysmal. He finished slashing just .199/.257/.372 at Triple-A, and he struck out 82 times walking just 18 times.

At 25 next season, he's still got youth on his side, but there's problems. Arcia still swings far to freely, and plays terrible defense in the outfield. His upside remains there, but waiting on it is something the Twins don't have the benefit of anymore. In a crowded outfield situation, Arcia could be the odd man out. Trading him now would be selling low, but getting something in return for him would be better than nothing. Minnesota won't put him through waivers (he'd be claimed), so it's either deal him or bring him up. I'd expect he starts with the Twins in 2016 and platoons as a left handed bat to compliment Aaron Hicks.

What a difference a year makes. After 2015, Hicks finds himself in a vastly different place going into the season ahead. Hicks broke out as I expected him to, and he looks the part of a contributor for the Twins going forward. He ended up hitting .256/.323/.398 with 11 homers and 33 RBI. He'd a legitimate 20/20 threat in a full season if he can keep his development arrow pointing up.

Where, how, and in what capacity Hicks is utilized in 2016 will depend on Torii Hunter to a certain extent (please retire). Regardless, he'll be with the Twins (barring a trade), and a trip back to the farm won't be considered. After a tumultuous ride to the big leagues, the Twins former first round pick is here to stay.

In somewhat of a surprising development, it was Herrmann that served as the primary backup to veteran backstop Kurt Suzuki in 2015. He rewarded the Twins with a .146/.214/.272 slash line across 103 at bats. He did catch would be base stealers at a nice 42% clip, but offers little else on a big league roster.

The Twins know catching depth is not something they have within the organization, and the position absolutely must be addressed this offseason. It should be expected that another veteran comes in to pair with Suzuki, and that would render Herrmann's role non existent. He could be sent through waivers and would likely go unclaimed. No matter what happens though, he won't be on the Twins 25 man come 2016.

The 6'7" reliever was sent up and down plenty of times during the 2015 season. At the big league level, he was given 23.1 innings of work and turned in a 3.47 ERA. For Triple-A Rochester, he owned a 1.10 ERA across 41.0 innings. Less than ideal as it may be, Tonkin may be cut of the same cloth as former Twins reliever Anthony Slama.

With strong minor league numbers, and mediocre numbers at the big league level the Twins expect more from Tonkin. Separating him from Slama, the belief that Tonkin actually does have more to give. Coming out of spring training 2016, Tonkin should be in the Twins pen, and in an expanded role, I think he has the stuff to succeed. He'll be with the Twins in 2016, at least to start the year.

Despite pitching well for a stretch in 2015, Oliveros didn't make an appearance in the big leagues last season. He owned a 3.79 ERA for Rochester pitching in 35.2 innings. His 11.6 K/9 mark was impressive, but his numbers ballooned down the stretch as he pitched through some injury issues. The walk and strikeout are solid, but Oliveros leaves plenty to be desired at the next level.

This season, Oliveros will be 28 and he's been given chances at the big league level (29.1 IP 5.22 ERA). Not currently on the 40 man, waivers aren't yet in play for Oliver's (though he'd possibly go unclaimed regardless). Should Terry Ryan address his bullpen as I'd assume he knows he needs to, then I don't see much place for a fringe guy with little upside like Oliveros.

Along the same lines as Oswaldo Arcia, Pinto is a very interesting case. Expected to be Kurt Suzuki's primary backup, a concussion took that off the table during the spring. Then, production and another concussion ended the discussion during the season. Pinto played in only 72 games last season and he slashed just .228/.300/.369. Just 19 extra base hits in over 260 at bats, the power production wasn't ideal either.

Paul Molitor will have Pinto on the 25 man next season, but where he fits will be difficult. The Twins have to bring in another catcher, and they already have plenty of designated hitter options. Even before the concussions a year ago, Pinto was mediocre behind the plate at best. His biggest value to the organization may now be as a trade chip. This is definitely a situation to watch.

A one time first round pick (2005 by the Marlins) Thompson actually pitched well for the Twins for a period last season. Then he got hammered. After being the go to lefty at the beginning of the year, he got exposed and ended up with a 5.01 ERA in 32.1 IP. Contributing to the problem was a strikeout rate of just 4.7 K/9. After being demoted to Triple-A, Thompson posted a 3.71 ERA across 17.0 innings to end the year.

With plenty of mediocrity stacked against him, a less than ideal bullpen at the big league level, and peripherals that do nothing to move the needle, Thompson doesn't fit. He doesn't strike anyone out, and there's other lefty options available. Whether Neal Cotts is back or not, Thompson shouldn't be for the Twins. If he goes unclaimed on waivers, Minnesota has keeps him as a depth arm. Regardless, Thompson doesn't appear to have a 25 man role.

After a ridiculous 2014 thanks to an incredibly inflated BABIP (batting average on balls in play), Santana was in over his head beginning in 2015. He was the Twins Opening Day shortstop, but lost the job after being both poor at the plate and in the field. He finished with a .215/.241/.291 slash line at the big league level. Santana did hit .322/.348/.500 at Triple-A Rochester, but he walked only 13 times while striking out 93 times.

On the 40 man and having already had a full season at the big league level, it's hard to see Santana not on the 25 man next season. Minnesota may be best served to jettison a guy like Eduardo Nunez to create room, as Santana profiles as a super utility option. He's not a great hitter, and he's an average fielder, but you could do worse off of the bench.
Posted by tlschwerz at 8:00 AM