No, Thank You David Ortiz 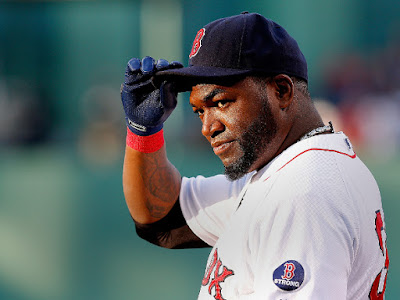 It's been widely known since the beginning of the 2016 Major League Baseball season that this would be David Ortiz's last. No, not because he went on a city tour a la Kobe Bryant or Derek Jeter. Instead, simply because Ortiz suggested he'd hand them up. Recently, he wrote a piece on The Player's Tribune thanking Minnesota, where it all began. Really though, it's Minnesota that should be thanking him.

You see, without David Ortiz, the Minnesota Twins and Major League Baseball would look vastly different. And for the most part, the argument should be for the worse.

David Ortiz played 455 games in a Twins uniform. He owned an uninspiring .266/.348/.461 slash line and totaled just 58 homers in that time span. To summarize, Ortiz's time with the Twins was about as lackluster as the stadium the ball club played in.

Then it happened, Terry Ryan's worst mistake as General Manager of the Twins. He let David Ortiz go.

Ortiz went on to finish 5th in the MVP voting the next season for the Boston Red Sox. To date, he owns a .290/.386/.571 line with Boston. He's amassed 469 homers, over 2,000 hits, nearly 1,500 RBI, and he's currently leading the league in doubles, slugging, and OPS at the age of 40. Everything David Ortiz has done for the Red Sox has trumped his time in Minnesota.

But then there's this. David Ortiz provided more to the Twins, and baseball as a whole, than can be quantified in a stat column. For Minnesota, he became the black eye that some franchises need. After Terry Ryan had made that grave mistake, it was allowed to haunt Minnesota for years to come. Even now in 2016, Ortiz's name is brought up nearly every time a young player is DFA'd. Most recently, Oswaldo Arcia was given this treatment. Something along the lines of not wanting a guy to become "the next David Ortiz" is normally muttered around Twins Territory, and it no doubt causes pause within the front office as well. If it takes a massive mistake to make a group of people think twice, well then that's what Ortiz did for the collection of Twins front office personnel.

Then there's what he did for baseball. When he came to Minnesota, he was known as David Arias. Eventually becoming David Ortiz, and more importantly Big Papi, Ortiz had a flair for the dramatic. Creator of majestic long balls and booming home runs, he was everything the sport needed. Whether or not you want to tie PEDs to Ortiz, the fact remains that baseball necessarily welcomed the era. Post lockout and needing a revitalizing, Bud Selig saw his sport drew in fans because well, everyone digs the long ball. We'll never know definitively one way or another if Big Papi used PEDs, but it doesn't really matter. Baseball needed drugs to reclaim its relevance among the sports culture, and Ortiz's ability to make ballparks look small only helped to accelerate the movement. He was the Giancarlo Stanton, before the Marlins slugger was even Mike.

Finally, there's what David Ortiz did for latin players, and this country as a whole. In Boston, Big Papi found a home. He had a city that embraced him, and in turn, he embraced the city. Not only does Ortiz love Boston though, he loves this country. Working tirelessly from his time in Minnesota up until where he is today to speak the language and understand the culture, it's apparent Ortiz is proud of this country, and has adopted it as his own. In the wake of the Boston Bombing's, it was Ortiz who took the mic. He uttered a few choice words, and declared that this in fact was "our" city, and that he was as much a part of it, as it was him.

As David Arias became David Ortiz, and eventually Big Papi, the trio will all ride off into the sunset. Bitterness for what could have been in a Twins uniform has grown tired long ago. It's Ortiz that has given everything of himself to the sport, and this country, and at the end of the day is deserving of that thanks. For as much as the sport has done for you David Ortiz, thank you for doing equally as much for it.

Now, please take it easy on the Twins for the rest of the year.
Posted by tlschwerz at 6:05 AM