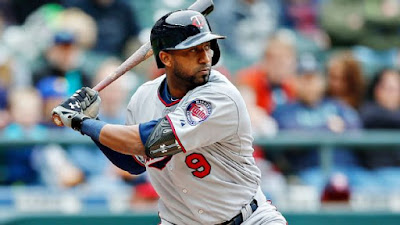 It's July 2016 and there's a significant contingent of people that are willing to describe Eduardo Nunez first and foremost as an All Star. They aren't wrong, but it's also far from indicative as to what kind of baseball player he is. Somehow though, in his first move as Interim General Manager of the Minnesota Twins, Rob Antony turned that phrase (and Nunez), into a top 100 prospect prior to the August 1 trade deadline.

The San Francisco Giants were looking for a utility player that could fill in at third base while Matt Duffy is coming back from an injury. Passing up on the likes of Steve Pearce (who has played just 12 MLB games at the hot corner) the Giants landed on Nunez. By definition, they landed an All Star, but it's hard not to be excited about how the Twins orchestrated this maneuver.

An All Star for no other reason than the mandatory Major League Baseball rule that every team have a representative at the mid-summer classic, Nunez has been worth just 1.6 fWAR on the season. He's hit well above his career average, but his line since June 1st equates to a paltry .680 OPS. Despite an incredibly strong start, Nunez has regressed back towards his career average, and really, he's sunk below even that.

Defensively, the hope is that Nunez can fill in for the Giants while they nurse guys back from injury, and then turn into a super utility role. As a regular, he's far from reliable. Nunez doesn't have a single infield position in which he hasn't tallied a negative defensive runs saved mark over his career. His defense in fact, is simply why he's been cast as little more than a bench bat and utility player for the bulk of his time in the majors.

At 29 years old, and with his best moments likely behind him, Nunez was never going to be a part of the Twins future. His value to the club had run it's course, and the best thing to do was clear way for more effective additions to the 25 man roster. The thought was opening up a spot for a player such as Jorge Polanco, no matter what the return, makes moving Nunez a win.

Rob Antony did better than that though.

In a situation where he could have been happy with a warm body or a bag of balls, Antony turned Nunez into a top 100 prospect. Adalberto Mejia was recently ranked as the 91st best prospect in baseball by Baseball America. He was graded out as the Giants 7th best prospect by MLB Pipeline, and he's supposedly got a three pitch mix that should equate into a back end of the rotation starter. There's potential that he reaches the big leagues this year, and even if he doesn't expecting Mejia to compete for a 2017 rotation spot seems more than plausible.

I had long suggested that Nunez belonged as a utility player on a winning team. He was a luxury that the Twins didn't need, nor did they have room for. Destined for at least 90 losses, a mediocre utility player that parlayed a good couple of months into an All Star appearance is not a necessity. With future pieces being held back, removing Nunez from the 25 man was an absolute must.

Sometimes the benefit of a trade is simply clearing space, and Minnesota could've been happy accomplishing just that in dealing their helmet-losing utility man. Instead, allowing Nunez to paint himself into a top 100 prospect with some project ability, this looks about as good as it can get for Antony and the Twins.

Now the question becomes, who's next. Fernando Abad and Brandon Kintzler both fit similar molds to Nunez. Neither are future pieces, and there's relief arms ready. Moving them to open the roster up needs to be a priority, but if Antony can spin anymore value there, well then it wouldn't be the first time right?
Posted by tlschwerz at 7:13 AM