Twins Future Is Within Two Moves 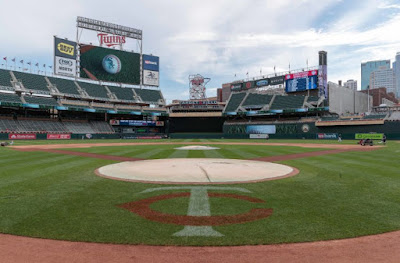 The Minnesota Twins recently announced that 2015 6th overall pick Tyler Jay was headed to the bullpen full time. While that obviously saps the value from the pick, it's a clear indication that Derek Falvey and Thad Levine are all for positioning their young talent to produce the best possible return on the most ideal timeline. Given the state of the Twins, the organization actually has a lot of boxes checked off thanks to that young talent.

With Jay entering the fold, Minnesota now has a group of pen arms that could take what has been a poor relief corps, to the top in pretty short order. Building a stable of relief options that include Jay, J.T. Chargois, Nick Burdi, Mason Melotakis, Jake Reed, Tyler Duffey, and Taylor Rogers is a pretty great scenario to be in. Given the reality that all of them are in the cards for the 2017 season, their impact can be felt in relatively short order.

Then, moving to the offensive side of things, the new braintrust can look at a lineup littered with relatively young and projectable talent. The group consists of a former top prospect in Byron Buxton, a hulking slugger in Miguel Sano, a solid do-everything type in Max Kepler, and a bunch of other talent in the form of Brian Dozier, Jorge Polanco, ByungHo Park, Jason Castro and Eddie Rosario. Sure, it still remains to be seen whether or not Polanco and Dozier can realistically coexist, but trading the latter almost certainly brings another nice piece into the fold.

From this perspective, it's pretty easy to see that the Twins have a strong foundation when it comes to both their offensive firepower and the relief corps. Sure, not all of them are in their prime, and there's a handful of development still to take place. What's a pretty safe bet however, is that the intersection of peak performance should be relatively similar among the entire group.

That brings us to the elephant in the room, and it's a big one. Tell me if you've heard this before, a big league club needs starting pitching. On that front, the Twins really only have Jose Berrios, Adalberto Mejia, and Kyle Gibson. It's probably fair to reason that Fernando Romero could factor into the big league rotation within the next two seasons, and Stephen Gonsalves certainly looks like an MLB arm. If there's something this group is lacking, it's definitely void of a sure thing.

Given a relatively solidified bullpen and offense, splurging on an ace, or number two starting pitcher should be in the cards for the Twins. Whether scouring the free agent market as money is plentiful over the next two offseasons, or dealing from a position of wealth in order to recoup that top arm, Minnesota must commit to grabbing two pitchers.

In the season ahead, the development of the youth explained above will be nearly as intriguing of a storyline as the results themselves. If the breakouts come from the pen, and the offense sees it's youth round into the solid everyday types it should be littered with, then Falvey and Levine can absolutely envision a 25 man that's not too far away. Given the state of the AL Central, that's a really promising notion.

It's always going to be a pretty big ask to suggest a big league team go and get top tier pitching. If there's a club positioned well to overextended, or at least pull out all of the stops, it might be the Minnesota Twins. With two third of the roster categories complete thanks to internal help, looking at the best external options to complete the third is a very realistic possibility.

Regardless of how 2017 finishes for the Twins, a strong development arc could put them a pitcher or two away from being something really special for quite some time.
Posted by tlschwerz at 7:27 AM