Making The Most Of Molitor 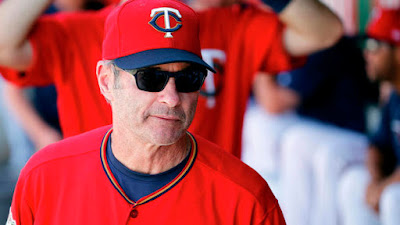 Coming into 2017, the Minnesota Twins were entering uncharted waters. A new front office was at the helm, and the captain of the dugout was managing for his life. Now, as the season rolls towards a conclusion, lots has changed but plenty still remains unknown. Without a new contract in place for 2018, it's time to begin wondering about the future of Paul Molitor and the Minnesota Twins.

Personally, I'm inclined to suggest that Derek Falvey and Thad Levine move on. While Molitor has been an integral part of the organization for many years, his value as a manager has never seemed anything but average at best. At times, it's seemed to be a struggle for him to relate to youth (which is the current lifeblood of the 25 man), and in game managerial decisions have been passable at best. Going forward, I'd hardly be disappointed in seeing the new regime bring in their guy, with the hopes of them helping the organization reach new heights.

Taking a step back however, and viewing things from what may (or is likely to) happen, who heads the Twins active roster in 2018 is a bit more confusing. There's plenty of reason to believe that Molitor will garner (and maybe even win) a handful Manager of the Year votes. The expectation from a national sense was that the Twins should be terrible. I'd argue that was misguided, and 2016 was more a reflection of the volatility that is young players. Minnesota wasn't expected to be a playoff team in 2017, but even a 90 loss season seemed laughable from the outset.

So, with Molitor's team positioned for a serious run at the 2nd Wild Card, it's fair to include him among the best manager's in the American League for 2017. He'll face stiff competition for the award in the form of both Terry Francona and A.J. Hinch. The Angels Mike Scioscia should get consideration as well, given that roster probably had even less talent than the Twins, and they have found a way to stay afloat as well. Whether the Twins skipper takes home hardware or not, the inclusion among the conversation only clouds the future further.

Let's operate under the assumption that Minnesota makes the playoffs and Molitor wins the award. In this scenario, the Twins manager would generate what should be quantified as two victories. In the front office though, it will be interesting to see what level of weight that holds. Recently fired Doug Mientkiewicz was produced winners throughout the minor leagues, and the message there screams of a guy that didn't fit the direction of the club going forward. At the highest level, it's probably a bit more difficult to can a manager that would have accomplished so much. Suggesting it's out of the realm of possibility isn't something I'm prepared to do, but you'd have to imagine the Twins brass better be well prepared for an explanation.

Should we assume Molitor is retained, whether on a single-year deal or a multi-year extension, there's a few conversations I think Falvey and Levine would be inclined to have with their skipper. Focusing on those of integral importance, here'
s a brief list:


At the end of the day, I'd suggest with near certainty that missing the playoffs results in Molitor being let go. A Wild Card exit probably also gets him fired, and even a Divisional Series defeat could see him walking through the door. Things become a bit more complicated if he's given the award (though I think regardless he's behind Francona), but as we saw with Mientkiewicz, the new front office has a direct plan. It may be nice to see a fresh face, maybe someone in the vein of Sandy Alomar Jr., but there's little to suggest that a drastic difference follows a change as well. No matter what the Twins do for their skipper in 2018, I'd imagine there will be more of a front office reflection on the field, and that's something I can get behind.
Posted by tlschwerz at 8:53 AM