Kobe Was so Much More than Basketball 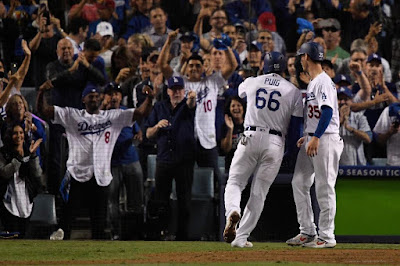 Heroes get remembered but legends never die. That’s what we were told in that 1993 classic right? I have long been of the belief that idolizing celebrities or athletes almost certainly isn’t a good practice, but we can absolutely learn from them. At its core, I think that’s why the tragic passing of Kobe Bryant hit me so differently.

The Black Mamba was an 18-year-old rookie that went on to play over 1,300 games, score over 33,000 points, and will go down among the inner-circle of greatest hoopers ever. During his career though, he wasn’t my guy. Despite being too young to really appreciate his greatness, I was Team Jordan. Kobe represented the villain. He was a dominating force that stopped at nothing to best his opponent. It wasn’t until years later that reflection set in for me.

Baseball, basketball, or otherwise, the reality is that the athletes we see on a field of play are as flawed and fallible as the rest of us. It is in that reality where pedestals crumble and holding those we may never meet in such high regard can end up feeling empty. It’s also in that same vein that Kobe transcended what he was on the court inside of Staples Center.

During summer of 2003 Kobe made arguably the worst decision of his life. At best he was an adulterer and cheater; at worst something substantially more reprehensible. What he was during those times though was human. At the top of the basketball world, he still faced the same trials, setbacks, and punishments that many others around the world could find themselves involved in. That’s not to dismiss the levity of what happened, or the terrible decision making that transpired, but it highlights how quickly stature can be dealt a blow.

Sometime, and likely years later, that’s when I began to see it and turned towards emotions of respect for the man known by a single name. Attacking life with the same tenacity and mentality that he did on the basketball court, no one was going to outwork him. Bryant rebuilt his public image, but only after doing so in his own backyard. His marriage made it through that horrendous occurrence, and then again in 2011 when Vanessa filed for divorce. I can’t pretend to know the intimate details of their family, but my assumption would be that coming out on the other side in 2013 and establishing a family unit with ties that look deep, wrongs had been righted.

We will never know what it’s like to win multiple NBA titles or score all those points. However, there isn’t a human alive that can’t associate with bad decisions, hurt, and forgiveness. That’s the story of Kobe Bryant that rocks me to my core. He was a man that, by his own doing, went through it all and came out for the better.

Fortunately for so many of us simply labeled fans or onlookers, we got to see that better. From Vanessa blowing Kobe a kiss in that final 60-point performance (to which he gave her a quick smile and wink), or the way the Lakers great lit up when talking about any of his daughters. It was apparent that Gianna was the apple of his eye, and regardless of her determination to carry on the family legacy in the gym, it was her mentality that Kobe shined brightest in.

Tragedies by nature will never be easy, but it’s hard not to look at this one and see people taken away that were destined to have a profound impact on the world. Kobe looked poised and positioned to have a greater impact in the next 40 years than he did in the first, and he had both the platform and resources to accomplish that feat. Gianna may have been the next trailblazer, WNBA superstar, and advocate for all things the matured Mamba had instilled in her.

"I would have 5 more girls if I could. I'm a girl dad."@elleduncanESPN's story about how much Kobe loved his daughters is something special. pic.twitter.com/1KJx17QRjY
— SportsCenter (@SportsCenter) January 28, 2020

Kobe Bryant wasn’t an idol to me. He wasn’t someone I cared about on the Lakers. He wasn’t even someone I planned to tune into their Hall of Fame speech. Kobe Bryant was a flawed human being with exceptional traits and a desire to rise above, grow, and be better. That’s a father and man I can absolutely choose to emulate.

Posted by tlschwerz at 7:57 AM