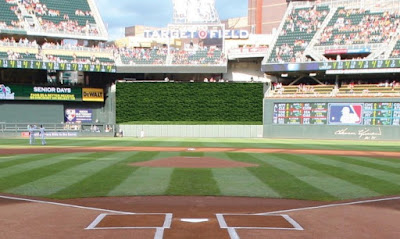 After making their biggest splash in franchise history, the Minnesota Twins have all but put a bow on the offseason. There’s less than a month until pitchers and catchers report to Fort Myers, and the first season of 26-man rosters will soon be underway. Rocco Baldelli will soon begin year two, and it’s worth wondering who goes north with him.

I think Minnesota could still afford to add a starting pitcher and doing so through a trade has always seemed like the most logical path. That may not come before the games begin to matter however, so now seems like a good time to blueprint what is currently in the fold. No doubt there’s some key cogs on the shelf to start the year, but that leaves a couple of spots open for competition.

Before kicking things off at Spring Training, here’s where I see the 26-man headed as of today:

This should be a certainty. Garver is coming off the best year of his career, and Avila was signed to replace Jason Castro. It will be interesting to see if the Twins unleash a bit more Garv Sauce this year, but the load will be handled by this tandem.

You’ve got a group of four starters that are all but locked into their positions. Obviously, Donaldson’s signing was a massive get for the Twins, and he pushes Sano into a new position. How the infield works, and what steps forward the group takes, are still in question but no one is unsure of who will play where. Adrianza returns as the utility man, and he had a very nice 2019 season.

At this moment Rosario has not yet been dealt anywhere. That could certainly change at some point throughout the year, but the starting outfield should be set in stone. Byron Buxton will be returning from surgery, and hopefully pick back up where he left off. Kepler looks like a guy that could break out as one of the best players in baseball. Cave did some very nice things last year, and Marwin should transition to more of an outfield first utility role.

He’s back, and he’ll hit more bombas. Not much else to say here.

There should be a good deal of turnover in this group as the season goes on, and that’s not something we saw much of in 2019. Berrios and Odorizzi will remain the whole year, and Bailey should be a fine replacement for Kyle Gibson. I think Lewis Thorpe has immense potential and starting in the Opening Day rotation would give him a great opportunity. Dobnak gets the nod here for me over Devin Smeltzer. This spot eventually may be taken by Brusdar Graterol, but ultimately, I think he begins the year at Triple-A.

This group has six current locks in Rogers, May, Romo, Duffey, Clippard, and Littell. From there, I think they go with two more arms and that includes Wisler and Stashak. Wisler is a slider specialist that Minnesota gave a guaranteed contract to this offseason. Stashak debuted at the end of 2019 and threw 25 innings to the tune of a 3.24 ERA. He made a great first impression, and the 25/1 K/BB was something special out of the gates. Fernando Romero could be on the cusp here, and Ryne Harper may have lost his opportunity.