The 60 Game Season Ruined Us 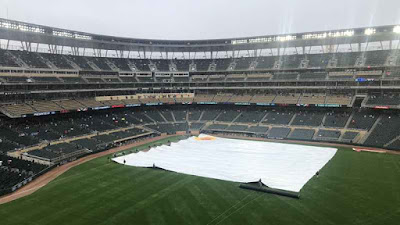 It’s April 21 and the Minnesota Twins are 6-10. They have looked every bit as poor as the record indicates and their Postseason odds have dropped below 50% at FanGraphs. Let’s take a step back and breathe though.

Being that it’s April 21, the Twins have yet to play more than 10% of their total schedule in 2021. They have been at Target Field for just two total series on the year, and they’ve also had a three-day hiatus due to Covid. Byron Buxton, Nelson Cruz, and Josh Donaldson have all been in the starting lineup together just twice, and injuries have ravaged the club early.

That’s not to say things are entirely worth casting aside. The lineup still looks as lethargic as it did to end the 2020 Postseason. Rocco Baldelli has made some head scratching decisions in regards to managerial moves, and a team that was expected to be good has fallen flat. It’s in that last revelation that reality lies, however.

Going into 2021 the Minnesota Twins were expected to be good. Not just by Twins fans, but analysts and national writers across the sport. With that being the case, there shouldn’t be a substantial alteration in that belief due to the results of 16 games. Baseball is a marathon, not a sprint, and the 60-game season we dealt with in 2020 might have ruined us.

During a sprint, each game is worth over-analyzing and diving into moves that could cost each club on a more substantial level. In a marathon that is a 162-game slate, there’s room for nuance. The same Oakland Athletics team that Minnesota was swept by in a doubleheader on Tuesday night started the season 0-6 only to go 11-1 since. On May 23, 2019, the Washington Nationals were 19-31, 50 games into their season. They went on to finish 93-69 and win the World Series.

There’s no sugar coating it, the Twins have been bad. They’ve even been very bad. The bullpen has not looked good, the outfield has been a mess, injuries have bit them, and the lineup could use whatever infusion the Bomba Squad has left from it. All of that is true, but it’s simply too early. That can change in an instant, and it may wind up getting late early on the season but being willing to bet on a good team coming together is a logical stance to take.

Covid is still going to dictate parts of this season in same form or fashion, but the calendar is not one of them, and 162 games are on the docket. Let’s get to at least one-third of them being completed before we make any sweeping assessments.

Posted by tlschwerz at 7:16 AM