The Twins Are Good, Right? 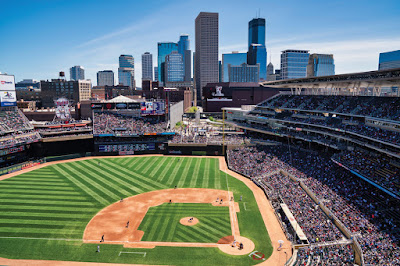 I have been a big proponent of retiring anything to do with the Bomba Squad moniker from 2019. Let seasons evolve on their own. The 2021 team was supposed to be good, they are on paper, but will it take shape?

We are not yet through the month of April and I keep harping on the runway left for the 2021 season. Minnesota has played just over 12% of their games, and they are chasing a White Sox team that is just 4.5 games clear of them right now. That’s all to outline the current positioning isn’t dire. The problem is that the production just hasn’t been there.

Rocco Baldelli has gotten less than nothing from his catching tandem, and the left field situation has been a mess. Expecting Byron Buxton, Josh Donaldson, and Nelson Cruz all to be good was a pretty solid bet, and that’s played out as expected. Miguel Sano is currently on the IL, and while the numbers haven’t yet worked in his favor, the process is more than working.

The point we’re quickly getting to is wondering when things click?

If there’s three chief areas of concern, it’s the two previously outlined and the bullpen. Alex Colome was always going to regress from his otherworldly 2020 numbers, but his career production suggested that a baseline was hardly something to scoff at. Instead, he’s been historically bad while being more hittable than at any point during his career. The middle relief looks inept and holding onto small deficits just hasn’t been doable.

Looking at the lineup, Baldelli can’t continue to get an empty lineup spot from multiple positions. Mitch Garver no longer punishes lefties or fastballs, and while Alex Kirilloff is just a few games in to his first promotion, he’s currently dealing with an 0-fer. Whether it’s a longer leash for Ryan Jeffers, who has also been bad, or a big game for Kirilloff, the Twins need things to break their way.

This hasn’t been the Bomba Squad for quite some time, and the lineup doesn’t need to launch balls into the seats for opportunity to win. Luis Arraez and Andrelton Simmons provide plenty of good contact-based opportunities, and it’s on Minnesota to start capitalizing with what’s in front of them. Despite having the second worst record in baseball, the run differential is only -9 and the pythag presents a better 9-11 story.

Maybe it’s been bad luck, but it’s time to start creating their own. If the expectation was for this team to be good coming into the year, 20 games shouldn’t change that. At some point though, results have to follow.

Posted by tlschwerz at 8:49 AM