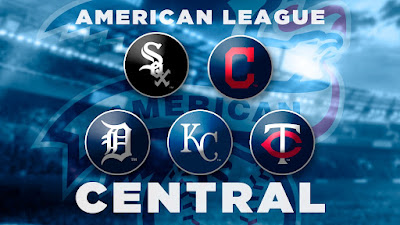 We are less than two weeks away from the 2022 Major League Baseball regular season. The free agent frenzy was every bit the excitement we had hoped for following the lockout and teams are largely complete at this point. The American League Central Division had just one Postseason participant, but the hope would be for two with the field expanding to 12 teams.

The Chicago White Sox return as the division winners and will look to carry that crown for a second season. While there’s no juggernaut here, it should be expected that there’s no cellar dweller either.

Here’s how I see the division shaking out with PECOTA projections in parentheses.

Chicago really didn’t do a whole lot this winter, but they also really didn’t need to. Having Luis Robert and Eloy Jimenez for a full season will represent the greatest benefit they could gain from the offseason. Kendall Graveman makes an already good bullpen better, and Joe Kelly only enhances that. They should still have a very strong lineup, and the hope would be continued dominance from the rotation. There’s no doubt that they are the favorites here.

If there’s a team that could go up or down more than almost any other in baseball it could be Minnesota. Byron Buxton is a superstar, and now he has a partner in Carlos Correa. How much resurgence could Gary Sanchez or Gio Ursehla find in their new home? Sonny Gray is a dependable arm, but from there it’s questionable veterans and untested rookies. If things go bad, it will likely be because the arms simply weren’t enough. This could be a very good team, a mediocre team, or a relatively bad team virtually all tied to what happens on the mound.

Javier Baez’s deal with Detroit surprised many because of the assumed tie between Carlos Correa and A.J. Hinch. Baez has plenty of flaws but some of them are a bit overstated. He gives a winning presence to a team on the cusp. Riley Greene and Spencer Torkelson should be in the lineup soon, and Akil Baddoo turned out to be a bad man last year. I don’t know how well they’ll pitch, but acquiring Eduardo Rodriguez was a smart move.

Prospects are the name of the game for the Royals. Bobby Witt Jr. looks like a superstar as does both M.J. Melendez and Nick Pratto. Salvador Perez put up insane numbers a season ago and will look to replicate that performance. Pitching is questionable here too, and I’m not sure Zack Greinke has much left in the tank. The bullpen is uninspiring, and there’s plenty of lineup holes. They’re getting better, but not there yet.

You don’t have to look much further than the newly named Guardians to find the Central’s most rudderless team. The farm system isn’t elite, but the Major League roster is also barren. Jose Ramirez is amazing, and a healthy Shane Bieber is lights out, but beyond that there’s very little to like here. A lot of post-hype prospects and guys that have ceilings they never got close to touching reside on this roster. Alongside their lack of spending this offseason, deciding not to blow it up was a weird path forward.

Posted by tlschwerz at 9:06 AM