Watch Out For The Lookouts 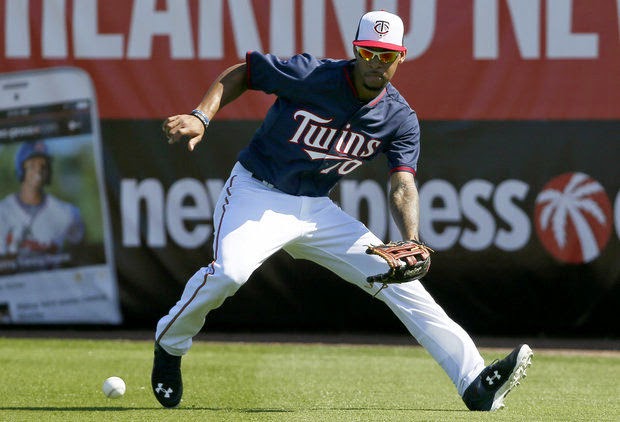 The Minnesota Twins have started their 2015 Major League Baseball season already, and they did so with a tough luck loss to David Price. While the big league club is starting to trend in an upwards direction, there's no doubting that it's going to be another year with some lumps being taken. However, down in Chattanooga, Tennessee, there's a club ready to make waves.

Minnesota's newest affiliate, the Chattanooga Lookouts are responsible for the Double-A rung of the farm system. Managed by Doug Mientkiewicz, the Lookouts may be one of the most intriguing teams constructed in all of baseball.

Recently, the club released their Opening Day roster. Starting pitchers include names like Jose Berrios, Tyler Duffery, and Alex Wimmers. Out of the bullpen, the Lookouts have fireballers like Nick Burdi, Jake Reed, and Zack Jones. There's no doubt pitching is going to be an asset, but it's the offensive positional players that could set the game on fire. A roster that includes Miguel Sano, Byron Buxton, Levi Michael, Jorge Polanco, Stuart Turner, Travis Harrison, Max Kepler, and Adam Brett Walker is no doubt going to be exciting. With much of this club making up the Fort Myers Miracle Florida State League champions a season ago, expectations are incredibly high.

Mientkiewicz will have plenty of assets at his disposal, and here is how his lineup could potentially shake out:

What it all adds up to is some must watch baseball. Although the Twins may stumble throughout the season, it will be in Double-A that the groundwork is laid for the Twins future. Despite being upset about losing out on the Twins managerial role, and having no problem voicing it, Mientkiewicz may have an even more important role. Mentoring these young prospects and pushing their development forward is what the organization is currently banking on.

Following up an impressive run in the Florida State League a year ago is going to be no easy task. That being said, there's no doubt that this Lookouts roster should strike fear into any opposing team's dugout. Understanding that the Twins are going to be shuffling the roster throughout the season, it is from the reaches of Double-A that plenty of callups could come.

Thus far, Terry Ryan has suggested that top tier prospects like Buxton and Sano may not need a stop in Triple-A Rochester. With more journeymen minor leaguers filling out the highest level, it may be in Double-A that they face their stiffest competition. If Dougie Baseball can get his Lookouts off to a good start, there's no telling how soon we could see some of them at the big league level.

No matter what happens with the Twins, you can bet the baseball world is taking notice of the Chattanooga Lookouts.
Posted by tlschwerz at 9:37 AM