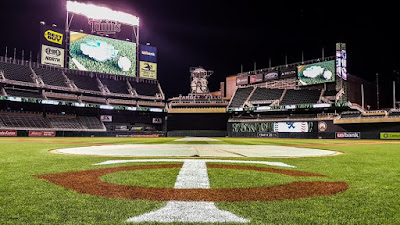 You've made it Twins fans, Opening Day is here. The long winter has since ended, and meaningless spring training games are in the rear view mirror. As Ervin Santana toes the rubber at Target Field, the first pitch of the 2017 Major League Baseball season for Minnesota will commence. With a 162 game slate ahead, here's what you should be watching for.

First and foremost, let's catch you up if you aren't. These are some key pieces for the 2017 season that you may have missed:


With that out of the way, I think there's four key narratives to be watching this season. While the playoffs may be out of reach, it's these storylines that will dictate the path that the Minnesota Twins find themselves traveling on in the seasons to come:

Right now, Molitor is managing as a lame duck. He's on the last year of his contract, and was mandated that he be retained by his now current bosses. At this point, Molitor has put up two seasons with mixed results, but ultimately, a flawed process. A year ago, he showed poor bullpen usage, lackluster lineup construction, and a failure to develop and connect with his young talent.

Regardless of what the results end up being, Paul Molitor is going to need to hone in on his process. Can he nail down a lineup that has more sensibility to it, or at least stays consistent for some period of time? Will he be able to manage a bullpen, that already seems a bit thin, in a way that gives Minnesota an advantage? Can Minnesota's skipper get the most out of his young players and help them develop into the stars they've been touted as.

It's make or break for Molitor this season, and if he wants to stay in charge of this club, the Falvey and Levine regime are going to need to see something.

More than any other player, it's important that Buxton breaks out. Miguel Sano is an exciting name, but a big home run threat with a high ability to strike out is something we've always expected of him. With Buxton, the elite defense is already apparent, but the offensive game needs to come into its own as well.

With what we know about Buxton as a hitter, and what I believe him to be capable of, I see a guy more likely to hit 20 homers a season than bat at a .300 clip. If he can display some solid power, steal a handful of bases, and brandish the offensive tool that made him the number one prospect in all of baseball, the Twins will be in good shape.

The immediate relevancy of the Twins relies upon Buxton's ability to become the player he was seen to project as. At this point, the time is now.

Similar to Buxton, Berrios needs to emerge for the Twins. While Minnesota is relying on Byron to round out his game, the organization needs to allow Berrios to sink or swim. While it's fine that he'll start at Triple-A Rochester, keeping him there past April would seem to be a major mistake.

There's never been any real steam to Berrios being an ace, but for an organization starved for pitching, the reality is the Puerto Rican needs to round into a top of the rotation starter. If that takes half a season of him taking his lumps from big leaguers, so be it. Jason Castro and Neil Allen hold the keys to unlocking Berrios' final hurdle, and it has to happen now.

2018 can't be a question mark for Berrios and the Twins. Minnesota needs to know what they have, and Jose needs to be given ample opportunity to prove it.

At this point, the Twins farm system is nowhere near what it recently was. That's hardly a bad thing however, as the graduations have resulted in a big league roster filled with top tier ability. On the farm though, there's a handful of names that are integral to the immediate and sustained success.

Players like Nick Burdi, Jake Reed, Mason Melotakis, Tyler Jay and J.T. Chargois need to establish themselves this season. Having those arms in the pen allows for Minnesota to build relief from within, and it's on their shoulders that big games will be closed out for years to come. We need to see Fernando Romero, Kohl Stewart, Felix Jorge, and Stephen Gonsalves all ready to kick the door in. Again, with starting pitching an issue, having a stable of big league ready arms by season's end is a must.

Should development of the young offensive talent turn into refined big leaguers by season's end, it's these "next up" prospects that will join a roster ready to make playoff runs in 2018 and going forward. Having them advance through the system, and look ready to contribute, is something we need to see happen.
Posted by tlschwerz at 6:56 AM