Twins Have Offense, Will Travel 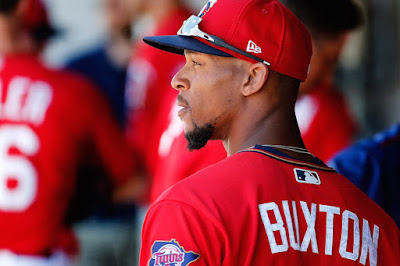 Coming into the 2017 Major League Baseball season, there were some very fair concerns surrounding the Minnesota Twins. The team was coming off a franchise worst, 103 loss season, and the offseason didn't bring much in the form of change. That being said, most of the concerns for the upcoming year were pitching related, and really, it should remain that way. The reality is that this team should hit, and we've seen that early.

The crux of the argument that the 2017 squad should be significantly better than a year ago is built around a progression concept. With a roster filled with developing cornerstones, experience should result in growth and then equal production. Players like Miguel Sano, Byron Buxton, Max Kepler, and even Eddie Rosario, should only be more productive year over year for the foreseeable future. In the batters box, this team should be expected to compete.

There's very little to take away from a small week on sample size. Combine that with the fact that the Kansas City Royals don't have a very good pitching staff on their own, and your left with mostly speculation. However, in the first couple games of the season, Minnesota has shown discipline, power, and production at the plate. Betting on that to cease is probably a fool's errand.

A year ago, the Twins were 16th in MLB scoring 722 runs, and that mark was good enough for just ninth in the American League. From an OPS perspective, Minnesota checked in at just 8th in the American League, and 13th overall. They clubbed exactly 200 homers (12th in MLB), and drew 513 walks (13th). As a whole, the Twins were average at best, and with a poor pitching staff, that just wasn't going to get it done.

Noting the development and progression I spoke of earlier, expecting a slight jump into the top third of both the big leagues and the American League is a realistic bet for Minnesota. They had just two players (Dozier and Sano) hit 20+ longballs last season, and that number should almost certainly double in 2017. Dozier and Sano remain candidates to repeat, with Byron Buxton, Max Kepler, and ByungHo Park realistic candidates to join them. There's no doubt this team will strike out, but as evidenced in their second game of the year, they'll take free passes on bad pitching (Twins drew 9 walks against Kansas City).

As with the bulk of Major League Baseball teams, the Twins will only go as far as their pitching is going to carry them in 2017, but their offense will provide plenty of opportunities. 2016 was a historically bad year on the mound, so that in and of itself has some real room to reverse its course. Combined with better defense, especially in the outfield, and the expectation that pitching with leads will be more common, this club could provide some fireworks.

Early on this year, Paul Molitor has displayed a welcomed ability to understand that lineup effectiveness can be bolstered against different handed pitchers. He has new voices like James Rowson and Jeff Pickler to aide him, along with a front office that is well equipped to help him put his own best foot forward.

In short, 2017 still has plenty of questions for the Twins to answer, but whether or not the offense will be an effective one, is not among them.
Posted by tlschwerz at 7:21 AM