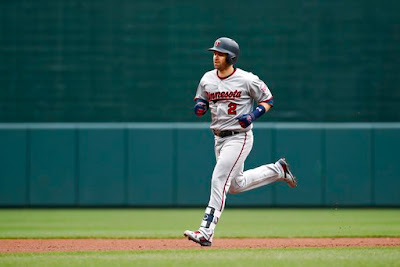 The Minnesota Twins moved Eduardo Escobar and Ryan Pressly over the weekend. One transaction involved a free agent to be, and the other focused around a return that likely was too good to pass up. With the trade deadline quickly approaching, clearing some extra space should be the goal for Derek Falvey and Thad Levine.

As things stand currently Minnesota has a handful of guys capable of being flipped to another team. The names include Brian Dozier, Zach Duke, Fernado Rodney, and Lance Lynn. If they really wanted to, and were presented with a solid return, Kyle Gibson could also enter this list. It's hard to see Minnesota being able to move Ervin Santana after just one or two healthy starts, but he could be an August trade candidate through the waiver process.

Looking at the list of candidates having a potential to be moved, there's something that should jump out as an opportunity. All of them are impending free agents, and there's a relatively small likelihood that any of them return to the Twins in 2019. With that in mind, it's time to start planning for the year ahead. Giving those innings to players that will be around is a must, and it's something that Paul Molitor only has two months left to capitalize on.

While it's uncertain as to whether or not Nick Gordon can start at the big league level a year from now, or if Stephen Gonsalves can continue to limit free passes, it's become time to find out some of those answers. Guys like Alan Busenitz, John Curtiss, and Jake Reed deserve some real run in the Twins pen, while Zack Littell and Adalberto Mejia could benefit from a couple of starts being strung together in succession.

When the Twins constructed the 2018 roster each of the pieces now available on the block made sense to bring in. This club was expected to be competitive, and without a lack of production across the board (combined with untimely injuries and bad luck), that was a reasonable expectation. Now with the narrative of the season having changed, the goal should be getting a jumpstart on the 2019 season.

It's hard to decipher whether or not Minnesota will be able to move all of their expiring pieces. Duke and Rodney have performed well this season, and should have appeal to some contenders. Dozier hasn't looked like himself, but a late season spark is all he'd need to supply in order to provide value to a postseason run. Lynn has been the worst of the bunch, but he's trended better of late and has a strong track record of success in his corner. What may be most interesting is what Minnesota decides to do if they can't move some of the pieces.

Looking at the roster construction as it currently stands, there's plenty of reason to question where the front office is prioritizing playing time. A guy like Matt Belisle has been both bad and ineffective for multiple organizations this season. Unfortunately, he's been given ample opportunity with Minnesota and that's to the detriment of the multiple more viable pen arms for the year ahead. A decision like that would suggest there isn't much care when it comes to preparing for what's next. Lynn could be DFA'd and the leftovers could see themselves passed through the waiver process, but we don't really have much evidence to suggest that's what lies ahead.

By my estimation, the most unfortunate way for the final two months of the season to play out would be to see all of these players stick around and no one get any real opportunity from the farm. You can't just cut bait on big league guys that are producing, but clearing the way for those you'll need to rely upon next season has to be of the utmost importance. We should have more clarity in the coming days, but the hope should be that the front office is on board with the train of thought as well.
Posted by tlschwerz at 9:24 AM