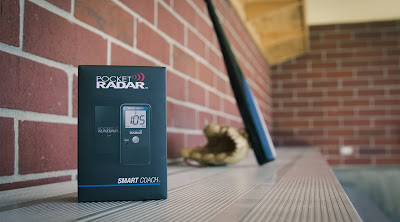 You can probably take a jog down memory lane and remember the baseballs of your childhood that had the built-in computer chip. With that tiny little display embedded between the seams, hurling a pitch and looking for your velocity was a practice plenty of kids partook in. The problem was that the technology wasn’t well developed and had an accuracy level that left a lot to be desired. Fast forward to today and we have high speed cameras and radar guns all over baseball fields at every level. What’s maybe most impressive though, is how accurate the bite sized offerings are.

While in Florida for Spring Training this year, it was impossible to miss the amount of technology at play all over the fields. From your traditional radar guns, to those high-speed cameras, and even accessories on bats themselves, the game has changed to incorporate data at every turn. When looking to accomplish these things however, it’s always worth wondering what the accuracy level is going to be from a product designed with a smaller footprint.

One of the most notable new pieces of tech I came across was the Pocket Radar. I was able to get my hands on the Smart Coach Radar recently, and the results were beyond impressive. Utilizing the Smart Coach in conjunction with the Pocket Radar app, readouts displayed clearly, concisely, and with a great deal of accuracy. There was little need to assume guesswork or room for error given the suggested velocities and being able to throw with what equated to a bonafide radar gun was a blast. I’m not at the point in my life where throwing 80 miles per hour is a reality anymore but being able to track speeds was something I hadn’t experienced since college.

This tool isn’t just fun and games though, and the advanced technology built into the app has significantly more than the casual user can consume. Being able to export, analyze, and collect data through both the device and application take the information to a whole new level. The Smart Coach Radar isn’t just for arm strength either, as it can measure exit velocity on batted balls as well. Truly a whole field approach to its functions, this is a tool any coach should have in their repertoire.

Obviously, the use on big league diamonds is far more nuanced than what I put the device through in my own personal testing. That said, it should be noted that the barriers necessary to overcome prior to feeling comfortable with the tool are incredibly low. You can get as far into the weeds with the information as you’d like, but the simplicity and ease of understanding remains present throughout the process.

Pocket Radar offers two different products designed for baseball, with the Ball Coach being the cheaper ($299) entrant. The functionality at its core remains the same, but it’s the Smart Coach ($399) that really amps up the ability to generate in depth information. Certainly, you’d need to assess what needs for the tool you have, and the company does a great job providing a product comparison defining key features, but there isn’t a wrong choice here.

Gone are the days of technology taking steps backwards when looking for similar functionality in a smaller accessory. Pocket Radar has pushed the boundaries of what can be expected out of a traditional velocity tool, and the immediate feedback is provided in one of the most usable offerings ever.

Check out which offering may be best for you directly from Pocket Radar.

Posted by tlschwerz at 8:48 AM