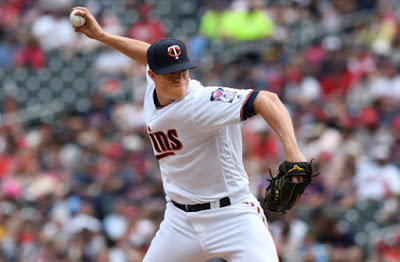 Fairly, the Minnesota Twins bullpen has been a lightning rod of discussion in 2019. From talks about what more could be done, to the breakdowns that have cost the club a couple of games, this group will remain under the microscope. With the bright lights on them, internally developed arms have been the anchors at the back of the group. Arguably the most impressive reliever has been Trevor Hildenberger, and that’s a development Twins fans can get behind.

Hildenberger was a 26-year-old pitching at Triple-A Rochester in 2017. He owned a 1.57 ERA across 171.2 minor league innings pitched, and as a 22nd round pick out of Cal Berkeley, was never lauded as a top prospect. Despite an impressive 10.5 K/9 and 1.4 BB/9 in his time on the farm, he needed to scratch and claw his way up the ladder to the big leagues. Owning a low-90’s fastball, this was a sidearmer that does it through deception more than velocity. Plenty of things can go wrong for a guy like that, and after initial success, they did.

As a rookie in 2017, Hildenberger quickly became one of Paul Molitor’s favorite options out of the bullpen. Across 42 innings he posted a 3.21 ERA backed by a 3.02 FIP and 9.4 K/9 with a 1.3 BB/9. Essentially, he continued to be everything he was on the farm and then some. Going into 2018, Molitor continued to rely on his new toy, but this time likely rode him right into the ground. Posting a 2.06 ERA through his first 36 games, Trevor had been used in almost half of the Twins contests for a total of 39.1 IP. From June 30 forward, Molitor turned to Hildenberger another 37 times for a total of 33.2 IP that saw him turn in a 9.36 ERA.

Fast forward to 2019 and we’ve got a fresh Trevor Hildenberger with a few more pen options to turn to. On the season, Trevor has thrown 7.2 IP allowing no earned runs, striking out 11.7 per nine, and giving up free passes at just a 2.3 BB/9 clip. To put it mildly, Hildenberger has been nothing short of exceptional. We have been down this road before however, and Minnesota will need to monitor workload to avoid a second straight season of burnout.

The Twins have played 19 games thus far, and Hildenberger has pitched in 11 of them. The 19 inherited runners Trevor has been handed is the most in baseball, and his 14 inherited runners stranded is five more than Rangers reliever Shawn Kelley, who comes in second. Operating as the Twins fire man, Hildenberger has come in during the highest of leverage, and slammed the door at a relatively high clip.

It’s not so much that it’s a surprise Minnesota is getting solid production out of Hildenberger. He’s proven capable of performing in big moments for significant stretches over the course of his major league career. What we’ll need to keep tabs on, and be mindful of, is how much this could factor into potential issues down the stretch. Right now, Hildenberger, Taylor Rogers, and Blake Parker have been assets for Baldelli. Ryne Harper has been a nice surprise, and there’s some potential reinforcements on the way. Generating more production that that of just four or five arms is a must, however. Another option must emerge so that it’s not always on Hildenberger to carry the load.

Good news is that Minnesota looks to have their developed relief star back to himself in 2019. The flip side is that they’ll need to avoid going down a similar path to what took place a year ago. For now, though, take solace in the fact that when a sidearming righty runs in with runners on, they’re likely to wind up failing to cross home plate.