A Weekend of Foreshadowing in Minnesota? 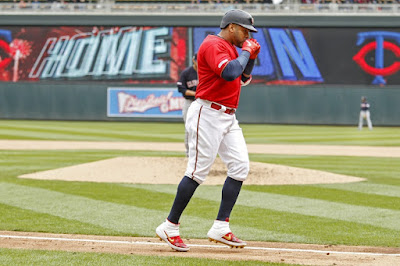 In what equates to the smallest of sample sizes, the Minnesota Twins thumped the Cleveland Indians all over the diamond to begin the 2019 season. Jose Berrios, Jake Odorizzi, Michael Pineda, and Martin Perez baffled Tribe hitters, and the home team looked like one worthy of competing in the AL Central division. Sure, this Terry Francona lineup was watered down in almost every way imaginable, but that’s really the backbone of this argument isn’t it?

Through his team’s first three games, Francona has needed to trout out Eric Stamets, Max Moroff, and Jordan Luplow for meaningful at bats. Brad Miller started at second base despite being inked to a deal just a week ago, and Tyler Naquin struck out in six of his seven at bats. 23-year-old Jake Bauers is the starting left fielder after being moved on from by the Rays, and Roberto Perez looked as much like Drew Butera behind the plate as he did standing in front of it.

Sure, Francisco Lindor is not in this current lineup, and Jose Ramirez is still probably shaking off some lingering effects caused by a near-serious injury. All offseason though, the talk of this team surrounded the possibility of dealing one or both of Corey Kluber and Trevor Bauer, which only further highlights the notion of pitching and not much else. Lindor and Ramirez are truly an elite tandem for the Indians, but can they be expected to top what amounted to career years a season ago? Even if they do, with a watered-down sum of parts, will it matter for Cleveland?

We are nowhere near a point that conclusions can be made regarding the Twins, Indians, or the division. This small of a sample size only gives us numbers that are fun to illogically dream upon. The opening that was wondered about over the offseason appears to at least be a potential reality as the games begin to matter. The Twins did what they needed to in taking a series at home from the reigning division winner. They did so by executing in multiple facets of the action, and it was a ball being put in play away from a sweep.

For both clubs, we’ll need to at least head into June before any real conclusions can be drawn. Rocco Baldelli will continue to have his team prepared on a game-by-game basis until that point, but you can bet the goal will also be to put distance between themselves and the club that did little to stay on top. Ownership for the Indians has publicly stated that players like Lindor may not be affordable for the long haul, and we’ve already seen them fail to supplement for an offseason. Further lack of fan interest and an emergence from this Twins club should continue to spell disaster for the 2016 runner up, and in Twins Territory that’s all we can hope for.

It certainly helps that the bottom trio of divisional opponents should spend the year in the doldrums, but the reality is that Minnesota was always going to need to knock off Cleveland for any real run of significance. Doing so out of the gate is something to build upon, and they’ll have plenty more opportunity to do so as the year progresses.
Posted by tlschwerz at 7:19 AM