What Has Arraez Played Himself Into? 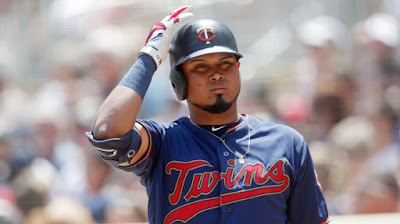 The Minnesota Twins have had more than a handful of exciting points of player growth in 2019. Maybe none have been more impressive than Luis Arraez. From fringe prospect to primary second basemen, the rise has been nothing short of meteoric. At this point he’s all but destined to open 2020 as the club’s starting second basemen, but is that his long (or even near) term home?

Through 64 games and just shy of 250 plate appearances, he owns an .836 OPS and is batting .335. He’s never going to be a power hitter, and if he ever puts 10 balls out of the park in a single season any team would be ecstatic. What he can be though, is an ideal leadoff hitter with great average skills and elite on-base production thanks to plate discipline that’s otherworldly. He handles the bat to the point that Tony Gwynn would be proud of, and his approach at the plate in unwavering.

It is for those reasons that he’s played himself into the starting second basemen role when Opening Day comes knocking. Nick Gordon hasn’t yet made his major league debut, and as his chief competition, it isn’t surprising to suggest that Arraez would have a leg up. From a second base perspective alone, it’s worth wondering if that spot isn’t more circumstantial than anything else for Arraez.

Eventually the hope would be that Royce Lewis would make his MLB debut and take over as Minnesota’s starting shortstop. Jorge Polanco is not long for that position, even though he’s made strides this year. The arm is still questionable there, and Polanco has gone through bouts of inconsistency as he works through his throwing process. Signed to a long-term extension, Polanco isn’t like to move out of the organization any time soon, and an up-the-middle-tandem seems to be destined for Lewis and Polanco.

There also has always been the idea that Miguel Sano is not long for third base. Although he’s hung around the average-to-slightly-below mark this season, a body that big seems to profile more on the other corner. Thad Levine recently suggested that Minnesota doesn’t see Sano as an ideal fit at 1B presently, and they see third as an easier avenue to keeping him engaged in the action. As necessity pushes him from the spot though, they may need to re-evaluate their plans.

So, assuming Polanco slides over at short is filled, Arraez could find himself at the hot corner. This is all assuming the hit tool continues to play, but the position makes some sense. He’s almost always been a second basemen on the farm, and his time there has tripled the third action with the Twins. In 282 innings at second however, he owns a -6 DRS and -1.7 UZR. The 100-inning sample at 3B is incredible small, but he’s been worth 0 DRS and a -0.5 UZR. Minnesota will get plenty more data to evaluate prior to decision making time, but it’s a narrative to monitor.

If everything develops on an expected and linear track (which is to essentially say this won’t happen at all), then Lewis and Polanco man the middle for Minnesota by late 2020. At that point Sano could then move to 1B or DH (after Nelson Cruz is gone) and Arraez slides into the hot corner. Maybe Luis won’t continue to hit (seems unlikely) or maybe he’ll be dealt (not sure that’s probable), but second base doesn’t seem like the guaranteed long-term fit for the Venezuelan and I’m not sure there’s anything wrong with that.