Opening Up the Twins 40 Man Roster 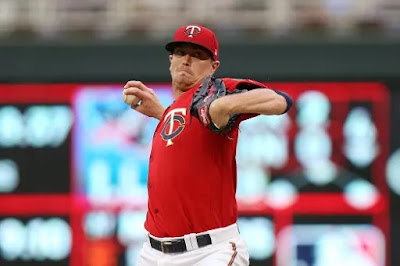 The 2019 Major League Baseball season officially comes to an end tonight as the Washington Nationals and Houston Astros wrap up game seven of the World Series. As the league calendar switches over to 2020 there will be significant roster shuffling. For the Minnesota Twins that already began yesterday, but the front office isn’t close to done when it comes to a 40-man overhaul.

After getting run with the big-league club in September the Twins outrighted a trio of talent off the 40 man yesterday. Outfielders Ian Miller and Ryan LaMarre were jettisoned, and they were joined by utility infielder Ronald Torreyes. With both Byron Buxton and Sean Poppen still on the 60-day IL and needing cleared spots, the Twins effectively have 39 of 40 holes filled. Add in the claiming of Matt Wisler and you’ve got a full boat.

There’s a crop of free agents that will be moving on from Minnesota, and then there’s a handful of arbitration and pre-arbitration guys that decisions will need to be made on. Here’s how they could all turn out:

The only name missing from this group is Michael Pineda, who is also set to become a free agent. With his suspension however, he was immediately removed from the 40 man, and would not count against it for any acquiring team until he is reinstated. Gibson is obviously the longest tenured of this group, and it’ll be weird for both the organization and the player to part after a decade together. Despite how it ended, there were some significant high points, and no one could have represented Twins Territory better. Castro split time with Mitch Garver under Rocco Baldelli this season, and if his body will hold up, there’s no reason he shouldn’t be looking for a starting gig somewhere.

Both Schoop and Romo made quick cameos for the Twins. The former was acquired at the trade deadline while the latter was had on a one-year deal. Romo has certain appeal to return as both a good pitcher and strong clubhouse presence, while Schoop would seem to be redundant after the emergence of Luis Arraez.

I'd certainly like to see Minnesota hand Odorizzi a qualifying offer and look to work out a two-year deal. If he's the second or third starting rotation piece they add this offseason, then you'd have to feel pretty good about the group as a whole.

Of these two one is a guarantee while the other is far from it. Minnesota dealt for the best reliever at the deadline in Dyson, and instead of a shutdown arm, they got a guy who hid injury (or his former team did) and sapped an asset for nothing. Dyson has one more year of arbitration, and while it would have been great to feel his impact, the only thing Minnesota felt is the bomb he dropped on them after coming here.

What happens to C.J. Cron is largely dependent on how the Twins view Miguel Sano. The former Rays and Angels first basemen had a fine year, and especially so considering the sapped power from his thumb injury. If Sano is moving across the diamond or a better third basemen is a target, then there’s no need to tender Cron at something near $8 million. If he comes back, there’s also nothing wrong with going that route, and assuming the thumb is back to 100%, he’s a good bet to put up even better numbers in 2020.

There was a time in 2019 when Perez’s option for 2020 looked certain to be picked up, then May 30th happened. Going into that start against the Rays Perez owned a 2.95 ERA and appeared to be the poster child for a Twins influenced fix. He was shelled for six runs in 2.2 IP and owned a 6.29 ERA over his final 21 starts. Left off the Postseason roster the Twins will almost certainly pay the $500k buyout as opposed to the $7.5 million salary next season.

When outrighting a player off the 40-man you’re considering a certain level of opportunity cost. Neither Hildenberger nor Stewart need to go anywhere, but there’s a pretty compelling argument that they both should. Once a pen stalwart for Paul Molitor, Hildy seemed to be ridden into the ground and then left for dead. He came back from Triple-A last year but was every bit as ineffective and has now posted a 6.35 ERA in his last 89.1 major league innings. For a sidearmer that isn’t fooling anyone, it’s simply not going to cut it.

Last season the Twins parted ways with former first round pick Tyler Jay. He never made it to the big leagues, and while Stewart has, this appears to be his time. There’s plenty of better internal options, and Minnesota’s focus this offseason is going to be on pitching. Stewart continued down a path his minor league numbers suggested in that he simply can’t strike anyone out, and the stuff wasn’t good enough to play at the highest level.

Posted by tlschwerz at 7:58 AM