The Twins Ideal Adds on the Trade Market 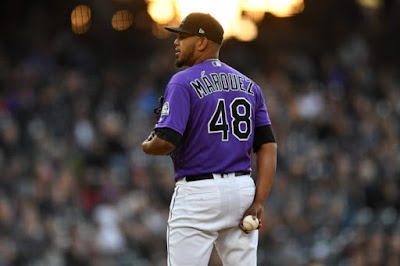 If the Minnesota Twins are going to put a focus on adding impact pitching this offseason, the reality is they’ll need to venture outside of free agency to accomplish their goals. Gerrit Cole and Stephen Strasburg represent commodities rarely seen on the open market, and they both could be called home to California. I definitely am in on making Zack Wheeler an offer he can’t turn down, but things get messy from there. With prospect capital and some expendable big leaguers, the time to swing a deal appears ideal as well.

There’s little reason for any team to part with their best pitcher regardless of current situation. Luis Castillo is an absolute stud in Cincinnati, but the Reds just made a move to get Trevor Bauer last season. Instead of targeting the slam dunk, Minnesota needs to go and find their version of Cole or Justin Verlander or follow the White Sox footsteps in acquiring a guy like Lucas Giolito. All those arms are among the best in the game, but that same definition couldn’t be applied when they switched teams.

So, where do the Twins turn their focus?

Under team control for two more seasons, Gray was the third overall pick in the 2013 draft. He has sandwiched two strong seasons around a clunker over the course of the last three. The strikeouts are there, and so too is the velocity. Walks are a bit problematic, and the longball has hurt him while playing at Coors Field. Get him to Target Field and let Wes Johnson work some magic.

A teammate of Gray, German Marquez is also very intriguing. He’s younger, under team control for a year longer, and arguably has the better profile. Another strikeout arm, who possesses strong command, has been bit heavily by the longball in Colorado. Despite the 4.76 ERA in 2019, Marquez owned a 3.54 xFIP which followed up a 3.10 mark the year prior. He was my dark horse Cy Young pick this season, and he absolutely looked the part for stretches.

Another former first round pick, Musgrove would be on his third team if dealt, but he too is not a free agent until 2023. He’s never posted a sub 4.00 ERA and the K/9 has never entered 9.0 territory. He doesn’t issue many walks, is moderate with the home run, and could be just a few tweaks from the next step. His hard-hit rate spiked to a career worst 37% this season, but he’s never generated more whiffs. If the Twins believe in their pitching infrastructure, here’s another arm they could salivate about working with.

The end result couldn’t be further from where he was at the midway point, but Boyd’s final 11.6 K/9 is nasty. He has yet to put it together over the course of a full season, but 2019 was definitely the closest he’s been, and the 3.88 xFIP tells a fairer story. You may pay a premium dealing within the division, but Detroit isn’t going to be good before Boyd hits free agency in 2023. He was dangled at the deadline, and the winter may provide more opportunity.

Brian Snitker has his ace in the form of Mike Soroka. This team is going to be good for a while, but they also have some very real holes to fill. Fried would have a massive price tag being under team control through 2024, but his first full season as a starter went well. The 4.02 ERA was backed by a 3.72 FIP and 3.32 xFIP. He has strikeout stuff and was able to take a big step forward in the command department.

Having been demoted to Triple-A, and roughed up in his final Postseason appearance, Mike Foltynewicz may benefit from a change of scenery. After generating Cy Young votes a season ago, he put up a 4.54 ERA in 2019. After heading to the farm with a 6.37 mark through June, Folty returned to the tune of a 2.65 ERA across his final 10 starts. If there’s an opportunity to take advantage here, Minnesota would be wise to do so.

Another guy that was talked about heavily during the deadline, Ray is entering the final year of arbitration eligibility. He’s posted a 12.0 K/9 or better for the past three seasons, and while durability concerns persist, he’s electric while on the bump. The walk and home run rates aren’t pretty, but given the length of his contract, he could also have one of the lower acquisition costs across moveable assets. This Twins front office is also familiar with Arizona having swung the Eduardo Escobar deal a couple of seasons ago.

Posted by tlschwerz at 9:16 AM