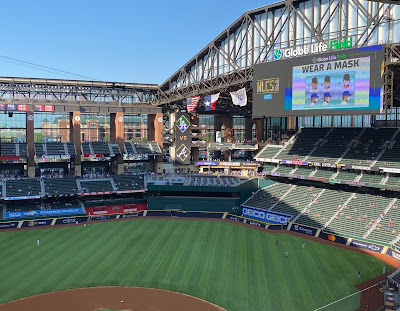 There is no more frustrating word to me in modern baseball than analytics. I love and fully embrace the new avenues in which we are able to evaluate and prepare in regards to the game of baseball. Unfortunately, boiling it down to a buzzword as “analytics” has become, leads to little more than a quick note suggestive of being well versed in actual understanding. This World Series is about two organizations that are fully capable of turning up their nose at those instances.

Let’s not be naïve, the Los Angeles Dodgers have the second highest payroll in baseball for the 2020 season. It’s not as though Dave Roberts’ team is starved for talent. Similarly built organizations like the New York Yankees (1st) and the Boston Red Sox (3rd) find themselves at home, however. One key difference for the Dodgers is talent utilization.

On Sunday night, settling in for a game seven against the Atlanta Braves, Los Angeles started Dustin May. He was used as an opener with Tony Gonsolin working as the bulk arm. Quickly into the action the broadcast wondered whether that decision came from the manager or the front office. The likely reality is that the answer is simply both. Suggesting that modern evaluation for baseball success is hidden behind computer computations and that the game is played on paper wildly misunderstands analytics. The point isn’t to simply plug in the components of a calculated answer, but instead best position yourself based upon expected outcomes and marry that with the game on the field.

Certainly, the Dodgers have paid for their fair share of talent, what they also know is how to best utilize it in order to capitalize on the effectiveness. There’s an incredible amount of nuance when it comes to how teams deploy information. Some quick digging shows that Los Angeles shifted 55% of the time in 2020. That was more than any team in baseball, one of only two organizations to do so more than 50% of the time and was the same standing they were in for 2019. Defensive positioning is just one call out that can reflect a progressive way of playing the game. The reality is that there’s more than one way to squeeze out opportunity in the win column.

Take a look at the Tampa Bay Rays for example. They’ve long been considered *the* organization when it comes to deploying competitive advantages through analytical assessments. With the 28th highest payroll in baseball this year, they played to an American League best record and represent the league as the 2nd best team in the sport.

Defensive positioning isn’t the way in which Tampa found themselves locking down a competitive advantage in 2020. They shifted just 33% of the time, 19th overall in the game. They didn’t bludgeon their way to being an offensive juggernaut. Hitting just 80 dingers they were only 14th in baseball, but the 9.4 fWAR compiled led to a top 10 offense within the game. The Rays made sure to value outs. In over 4,000 plate appearances this year not once did they sacrifice bunt.

Where Tampa put things together in 2020 was on the mound. That’s an interesting revelation because they don’t have a Clayton Kershaw or Gerrit Cole. The Rays made an incredible swap (and partly thanks to Pittsburgh’s poor talent evaluation) in turning Chris Archer into the Tyler Glasnow package. Beyond the man with the hair and Blake Snell though, the Rays rotational is relatively nondescript. Their bullpen, however, is another story.

In 2020 the Rays owned the best bullpen in baseball generating a combined 3.6 fWAR. By now you’d hope the names are more widely known, but from Castillo to Anderson, and Fairbanks to Curtiss, it’s a unit made of lockdown arms. What Tampa has done is rely on their own ability to develop arms rather than pay or reach for answers. Aaron Slegers and John Curtiss were castoffs from other organizations, Anderson was targeted in trade as was Fairbanks, and Castillo was internally groomed.

What happens in Tampa Bay remains reliant upon open communication and buy-in from everyone involved. Being able to suggest that length from a starter isn’t as necessary as quality. Having the opportunity to deploy any arm at any time or doing away with traditional norms tied to specific roles, those are all instances that numbers back but can’t convey.

By understanding how to gain a statistical advantage and then being able to deploy it is where the next stage of the game is taking us. Right now, we’re still too stuck on analytics being some catch-all descriptor, and there’s still a vocal old-guard looking to tear down progression. In all ventures however, the goal is progress. We’re seeing that in this sport, and the World Series will highlight it. This isn’t about a top and bottom spending team. It’s about two organizations that best utilized all of the talent they had at their disposal.