The Twins Can’t Afford to Decrease Payroll in 2021 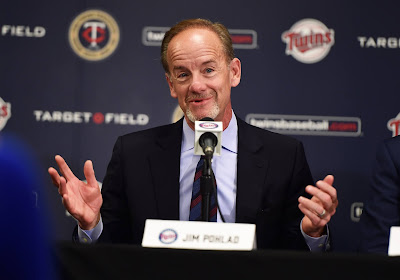 At this point of the offseason for the Minnesota Twins, we’re dealing with an astronomical amount of assumptions and hypotheticals. Given the league year has yet to flip over to 2021, we have no idea what will actually happen. The general consensus is one of teams taking a step back, and well, for Minnesota that’s the wrong move.

In 2020 the Minnesota Twins owned the 18th highest payroll in Major League Baseball. The prorated portion of their commitment was just north of $55 million. They jumped the overall commitment north by taking on established veteran Kenta Maeda, and signing Josh Donaldson to a four-year, $100 million contract. Coming off a record setting 2019, it was clear that this team was in the midst of a competitive window.

Fast forward to where we are today. Minnesota won the AL Central Division for a second straight season (even if it was in a shortened schedule) and played to the pace of a 97-win baseball club. For all intents and purposes, they were again among the best teams in the sport. Naturally, that would lead us to an offseason in which they are looking to…take a step backwards?

If you haven’t yet taken a look at TwinsPayroll.com, head over there right now. What you’ll quickly see is that the tool put together by Twins Daily highlights the constraints facing an expected tightening of the payroll for 2021. You want Nelson Cruz back? Good luck winding up with any pitching. How about signing Trevor Bauer? The bullpen will be filled with guys making the league minimum. Almost any way you cut it, there’s no avenue to bring back the majority of what was a very good 2020 club.

Entering the pre-pandemic 2020 season with a payroll around $140 million, we’re suggesting even a small step backwards resulting in a payroll around $125 million. Despite entering the height of their most recent competitive window, Minnesota would be tasked with shedding talent in order to help out the bottom line.

On one hand this is understandable. Major League Baseball organizations played out the string this year with no fans in attendance. No concessions were bought, and ticket sales very clearly didn’t happen. On the other hand, ownership groups signed off on a new Postseason deal valued at nearly $4 billion. Those same owners have been making money hand over fist for years, and while MLB claims financial hardship, the more likely reality is that the bottom line isn’t quite as green. Of course, we’ll never know for sure with all of their books being top secret.

Should taking a step backwards from an overall payroll perspective make sense, it would seem that buck would be passed onto players. The arbitration process isn’t likely to change prior to the CBA being renegotiated following the 2021 season, but free agency could become somewhat of a market inefficiency. Ownership groups may decide to tell players simply take what’s out there or wait and see what happens a year from now. Maybe the contracts agreed to are a fraction of what would’ve been guaranteed in a traditional cycle. Short of that, it’s really hard to predict what’s going to happen.

This can’t happen for the Twins, not now, and it would be damaging if it does. Minnesota has dealt with years of poor play to build up to this point. Derek Falvey and Thad Levine have constructed a consistent winner. The farm system is in a good, not great, place ready to bear fruit. The Major League roster is among the best in the sport and just had a mega-star added to it. Taking their foot off the gas now and trying to piece it together with lesser parts would be counterproductive to everything necessary up until this point.

I can understand the fiscal desire to recoup funds following a year of certainty. If you’re goal is to maximize return on investment through the course of winning though, the time to take a step backwards is not now. That’s a tough pill to swallow in times of economic strife, but it’s why billionaires’ own franchises instead of those simply making ends meet.

Posted by tlschwerz at 1:28 PM