The Nightmare Ends this Week 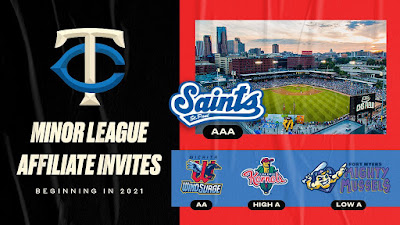 Tomorrow, for the first time since 2019, we will have affiliated Minor League Baseball. The Minnesota Twins farm system is still stocked with strong prospects, and there’s been a good deal of change. We’ll finally get to see it unfold again.

Having the 2020 Minor League Baseball season be cancelled was arguably the most disappointing baseball decision from last year. While it’s understandable given the logistical hurdles during a global pandemic, not seeing development on a nightly basis was a tough pill to swallow. Minnesota had players working out in St. Paul at their alternate site, but sim games and manufactured action can only take guys so far.

Fast forward to where we are now, and the return of baseball on the farm couldn’t be more welcomed. Minnesota will do so without top prospect Royce Lewis on the diamond, and both top pitching prospects Jhoan Duran and Jordan Balazovic will begin the season on the IL. That said, there’s still a ton of development to take place and so much excitement around a system that has been substantially changed.

First and foremost, the locations are no longer what we are used to. Triple-A is now housed just down the road from Target Field as the Saint Paul Saints begin their long-awaited affiliation with the Twins. At Double-A, the Wichita Wind Surge will play their inaugural season, and for the Twins instead of the Miami Marlins as was intended in 2020. High-A has been relocated from Fort Myers to Cedar Rapids, and the Low-A Florida State League club is now dubbed the Mighty Mussels rather than the Miracle.

On the player specific side of things there’s plenty of names to watch. Trevor Larnach is the top position prospect at Triple-A, and Double-A Wichita will start quick rising Josh Winder on Opening Day. I still think reliever Ryan Mason is a name to watch as an option for the big-league club this year, and we’ll get to see the likes of Keoni Cavaco and Aaron Sabato as they continue their ascension towards the Major League roster.

As a contributor over at Twins Daily, I’ll once again have the Minor League report on Wednesday nights, and those will again become a daily mainstay to catch up on the action. This aspect of the game was severely missed a season ago and having it back couldn’t be more welcomed.