Twins Having A Power Outage? 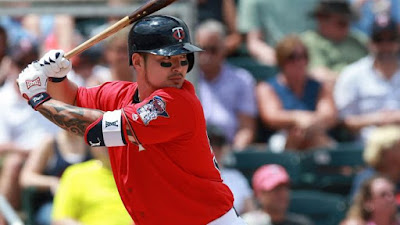 There was a time prior to the 2016 Major League Baseball season that it was wondered whether or not the Twins may set some records. Those records were along the lines of a power surge that an exciting and intriguing lineup seemed to set itself up for. Fast forward to now, and the Twins have been anywhere but at the top of the home run charts, and the only record they're looking to set is in the loss column.

The question is, just where do they sit as far as home runs are concerned?

Well, the Power Index has been keeping things up to date during the season, but it's probably time to take a look and break things down a bit further. As things stand, Byung Ho Park leads the Twins in homers, and Miguel Sano trails him by one. Those two are the only players that have eclipsed double digits for Minnesota, and the team as a whole has totaled 76 long balls.

As things stand currently, Park is on pace for 28 homers, Sano is trending towards 25 long balls, and the Twins as a whole are on pace to club 176 taters. Respectable numbers to be sure, but far off from what was imagined prior to the season. With numbers resting where they are, the Twins currently have the 18th most home runs in the big leagues, and the 13th best total in the American League.

When diving in a bit deeper, the Twins aren't hitting balls out of the yard at anything that looks like an efficient clip either. Having developer some standards in the Power Index, it was determined that .16 home runs per strikeout was a solid baseline for power hitters. Among Twins batters, only Byung Ho Park (.17) and Brian Dozier (.18) are above the low water mark. With power hitters come strikeouts, but unfortunately the Twins are doing the latter far too often.

Four teams currently have 100 or more homers this season. A season ago, the baseline for team efficiency when it came to homers was .11 per strikeout. The big time home run hitting teams such as the Blue Jays and Orioles were at or above .16 HR/K. This season, all four of the teams at or above 100 homers are hitting them at a .16 HR/K clip or better. In fact, three of the four are launching homers at a .18 HR/K rate or higher.

I'm not necessarily sure that the Twins set out to hit a bunch of home runs, likely they didn't. What they did do however, was to employ a lineup that was slanted heavily towards a power output. Sure, Miguel Sano and Byung Ho Park are probably the only two true power hitters, but Brian Dozier, Trevor Plouffe, and a handful of others are more than capable of sending baseballs out of the park. Unfortunately, Minnesota didn't project the level of futility when not hitting homers to reach the levels it has.

To be fair, the Twins have slowed from their record strikeout pace they began the season on. Of the teams striking out more though, nearly all of them also have more homers on the season. It's probably not fair to question whether or not the Twins have a power outage, that's really never been their style in the first place. What was a lineup that looked to be full of boomsticks has been anything but though, and that's been a problem.

It took Minnesota 70 games to score double-digit runs for the first time in 2016, and it'll take them a handful more to reach the 100 home run plateau. Baseball has shifted to a game where teams can choose to live and die by the longball, and this season, it's done more harm than good for Paul Molitor and his crew.
Posted by tlschwerz at 9:35 AM