2016 May Define Lost Season For Twins 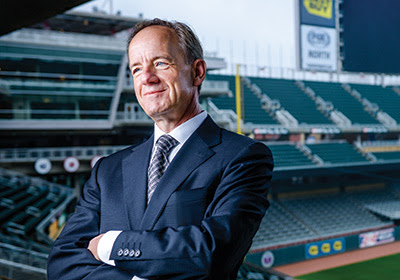 With just a week of games left for the Minnesota Twins this season, Paul Molitor's club has already eclipsed the 100 loss mark. This group has gone from playoff contenders a year ago, to seemingly lost without a purpose this September. If you are trying to define a lost season as it relates to a pro sports franchise, the 2016 Twins are it.

This year, the Twins had playoff hopes coming into the campaign. While those in Minnesota were likely higher on the club than that of national pundits, this team wasn't expected to flop. Sure, a season ago the club was fueled by things going their way, and a good amount of luck, but it all breaking down at once was something no one expected.

As the Twins hit the 100 loss mark with a series losing defeat by the Seattle Mariners, it's worth wondering what exactly the Twins accomplished this season. The two most notable developments are arguably the ridiculous year that second basemen Brian Dozier is having, and the firing of General Manager Terry Ryan.

For Dozier, his homer output has been among the best in all of baseball, and his ability to pull the ball over the fence has increased his average by over .30 points. By all measures, Dozier's incredible year has positioned him among the best second basemen in the game, and has presented the Twins with an interesting decision this offseason. The next head honcho for Minnesota will have to decide whether to hang onto Dozier, or flip him for something that is deemed as assets that can be utilized in the future.

On the Ryan front, Minnesota did something incredibly right for the direction of their franchise going forward. Terry Ryan had long become someone that wasn't going to right the ship for Minnesota and a change was needed. While the organization did make the right move, Jim Pohlad likely was force fed his hand as he watched attendance plummet greatly.

Outside of those two developments however, it's really hard to take a step back and see anything the Twins really learned. Sure, Taylor Rogers looks for real, and Byron Buxton has been great since his recall. Long term though, Minnesota may still have some questions about Jorge Polanco at shortstop, and internal relief options may present more questions than answers. We still don't know what Adam Brett Walker or Daniel Palka look like as big leaguers, and there's no reason to believe that a group of five starters are set in stone to begin the 2017 season.

As the season has worn on, more often than not, Paul Molitor has made puzzling decisions in regards to both youth as well as his lineups on a daily basis. The Twins seem somewhat stuck between placeholders and future growth, while failing to commit wholeheartedly to either.

When a team loses as many games as the Twins have this season, there's obviously going to be more negatives than positives. What generally is desirable though, is a gameplan for future growth and a showing of some executable areas for improvement. Right now, it's hard to take a step back and see either of those realities playing out for the Twins.

A new Head of Baseball Operations and a General Manager are going to make a difference for the Twins, but there's little reason to believe that 2017 won't feel like completely starting from scratch. For a fan base and a franchise that has preached rebuilding, the reality is that the execution of that rebuild might just now be starting to take place. The Twins will hopefully get back to relevance, but 2016 doesn't give many reasons to suggest we're close to seeing that take place.
Posted by tlschwerz at 7:51 AM