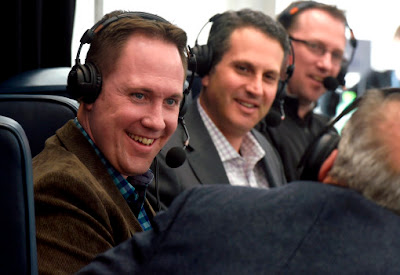 As the 2017 trade deadline quick approaches, the Minnesota Twins find themselves in what amounts to a less than enviable situation. Despite losing a franchise record 103 games a year ago, the turnaround has put them near the top of the AL Central. At 49-50 on July 26, they find themselves 4.5 games back in the division race. That makes decision making that much more critical.

Thus far, the Twins have suggested they will be buyers of long term assets, yet their only move has been to acquire two month rental, Jaime Garcia. The aforementioned Garcia gives the club a nice starting boost while surrendering Huascar Ynoa doesn't hurt them to any real extent. While the trade in and of itself doesn't hurt the club, it doesn't signify any real stance on how they'll approach the rest of the year.

Beginning on July 26, 30 of the Twins final 64 games come against teams with losing records. The bulk of that competition hails from the AL Central, thanks to poor efforts from the White Sox and Tigers. They do get the Athletics, Blue Jays, and Padres down the stretch as well, so there's plenty of opportunities for wins. On the flip side of that coin, both the Cleveland Indians and Kansas City Royals have a similar amount of divisional games left.

Despite the exciting results thus far in 2017, the realistic expectation is that this current Twins club isn't a playoff contender. There's always an argument to be made that going for it when the opportunity presents itself makes sense; after all, anything can happen if you can simply get in. For Paul Molitor's club though, it's virtually division championship or bust. The hometown nine is currently three games out of the second Wild Card, and the Yankees aren't going anywhere. They'd need to be better than the Royals, Rays, and Mariners to be a real player for that final entry into a one-game playoff.

As the rest of the trade landscape takes place, Minnesota finds themselves in an enviable position even if they stand pat. The club is bolstered by a young contingent of players that are under team control, and can be counted on to contribute, for many years to come. A lineup with Sano, Kepler, and Buxton seems to be one that will continually be run out year after year.

Wading in the middle ground, the Twins have some expendable assets. They could probably garner some sort of return for the likes of Ervin Santana, Brian Dozier and Brandon Kintzler. Of that group, only Kintzler is a free agent after the year, and the former two are likely unaffected trade-wise if dealt over the winter.

Right now, the reality for Minnesota is that their internal core is one that already exists. At this point, taking the next step has to come from supplementation. By spending on a couple of free agents, whether through the rotation or the lineup, the Twins 25 man can rise to the next level. There isn't that next top tier prospect ready to provide an immediate impact, and allowing the group to be bolstered by a credible big leaguer or two is something that could put the current contingent over the top.

The fact of the matter is that the middle ground isn't an entirely enviable place to be. Fans void of a winner for some time will be clamoring for the club to make a realistic run. Sacrificing what 2018 appears to be doesn't seem like a solid tradeoff. Playing good teams like the Dodgers, will expose the Twins as the lopsided run differential club they are, but they'll have plenty of wins to grab the rest of the way. Expect an up and down final couple of months, but know that 2017 isn't the spectacle you've been waiting for.
Posted by tlschwerz at 5:00 AM