A Deep Dive Into The Twins 40 Man 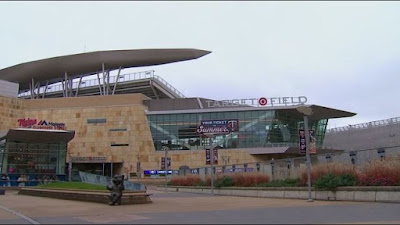 With the 2017 Major League Baseball trade deadline now behind us, and the end of the season not that far off in the distance, it seems a good time to take a look at the Minnesota Twins 40 man roster. While it's the 25 man collection that draws the most focus, it's the 40 man that represents where answers will come from in any given season. As the club looks to revitalize the 40 man, Derek Falvey and Thad Levine will soon be faced with some tough decisions.

Recently at Twins Daily, prospect guru Seth Stohs wrote up a comprehensive piece looking at who needs to be added to the 40 man roster in November. He outlined the stipulations for 40 man additions, and broke down the situations regarding more than a handful of key names. Looking at his work, the question now becomes, who makes the cut.

Despite being a few months early, here's a stab at where I see Minnesota needing to allocate roster openings to:

Stephen Gonsalves- This is a no-brainer, and he should probably be added before the end of 2017, with the idea that he makes a September big league debut. He's been dominant at Double-A, and should factor into the Twins rotation next season.

Jake Reed- Another guy that should have a very real shot at an August or September debut, Reed profiles well out of the Twins pen. He is a hard thrower, and the hope would be that he continue to blossom into a high leverage option for Minnesota.

Zack Littell- Recently acquired from the New York Yankees in exchange for Jaime Garcia, Rob Antony all but suggested Littell was a lock in a recent interview with Darren Wolfson. Antony noted Littell was the name Minnesota targeted from New York, and sees him as an impact starter for them as early as next year.

John Curtiss- Like Gonsalves and Reed before him, Curtiss is another guy that should be up with Minnesota before the end of 2017. He's been dominant as a closer this year for both Double-A Chattanooga and Triple-A Rochester. With the Twins needing a pen overhaul, it'll be some internal options that are likely called upon first.

Lewin Diaz- I haven't been nearly as high on him as other outlets, failing to rank him among the top 15 Twins prospects. Diaz is just 20 though, and has continued to show power (10 HR) at Cedar Rapids this year, after a .928 OPS in the Appy League a year ago. There's too much upside to let him go unprotected, though I think it'd be a massive ask for a team to roster him at the MLB level all year in 2018.

Kohl Stewart- The former 4th overall pick in 2013 hasn't fared nearly as well as the Twins would've hoped. He continues to post low ERA's, but really hasn't struck anyone out. That being said, he's been good at Double-A Chattanooga since coming back from the DL this year, and I don't think there's any way he'd go unclaimed.

Lewis Thorpe- Having missed essentially two years due to Tommy John surgery and his recovery, Thorpe is still at High-A Fort Myers. He's looked good there though, and is probably more advanced than his current level would suggest. I'd imagine he'd be a stash option for a team, and the Twins will want to protect him.

By my count, the Twins have seven names they'll need to figure out how to protect. I could see Aaron Slegers being added to the 40 man in 2017 for a debut, but am not sure he would need to stick. Recently acquired reliever (from the John Ryan Murphy trade) Gabriel Moya is an intriguing name, and Luke Bard is another guy that appears to be knocking on the big league door. Given that he passed through waivers unclaimed this year, I can't see the Twins making Mason Melotakis a priority, and Nick Burdi shouldn't be an option as he'll be recovering from Tommy John surgery.

As things stand right now, Minnesota has 37 players on their 40 man roster. Glen Perkins will need a spot coming off the 60 day DL if he does pitch this season, but I'm not sure what's left there. Going into 2018, Minnesota will be hoping Phil Hughes can be useful as well, though that seems uncertain as well. If you're having to create room, here's a few guys that could be battling for their spots:

Matt Belisle- Signed a one year deal, and while he's been better after a dismal start, I can't imagine the Twins will bring him back for a second tour.

Buddy Boshers- Boshers has been solid, but isn't posting the per nines he tallied a season ago, and his FIP is ugly. This is a spot you can upgrade with a much higher ceiling player.

Bartolo Colon- A fun story the rest of the way, Colon may retire at season's end. Even if he doesn't, the rotation shouldn't have him in it, and likely won't.

Dillon Gee- This seems somewhat of a tossup, and I've been harsh in regards to Gee. He has never been anything above average, but if the Twins have room to keep him, you could do a whole lot worse as a spot starter.

Kyle Gibson- Far from a certainty, but the Twins will need to offer Gibson an arbitration deal this winter, and they could definitely choose not to. I'd imagine that's unlikely, but the possibility exists.

Nik Turley- Having had a few turns in the rotation, Turley doesn't look like a big league starter. I think his stuff can play out of the pen in shorter bursts, but if he's not given an opportunity they, you can move on.

Chris Gimenez- On a one-year deal with the Twins, Mitch Garver should have taken over his position by now. Regardless, there's not much need to bring Giemenz back in 2018 when the goal will be moreso finding a lower tier depth option.

Ehire Adrianza- This should sort itself out in the coming months, but the reality is that there isn't room on the 25 man for Eduardo Escobar, Ehire Adrianza, and Jorge Polanco. The former two are utility men with somewhat competing skillsets, while Polanco should be the starter of the bunch but has struggled. Adrianza seems the easiest to squeeze out in hopes of better utilizing a bench position.
Posted by tlschwerz at 8:49 AM