Emptying Out The Twins Mailbag 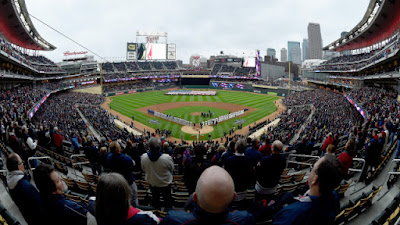 It's been a while since I've done a Twins mailbag here at Off The Baggy, and with the Twins playing some really fun and exciting baseball, it seemed like a good time. Soliciting questions from readers on Twitter, there was a handful of solid submissions. As the summer draws to a close, we'll get more concrete answers to some of these.

Before letting the Twins play out the rest of their 2017 season, it seemed like a good time to take a look at some lingering questions about the year that has been, and what lies ahead. This group has no doubt played well above expectations, and that's created a heightened level of excitement surrounding the hometown nine. With that said, let's get into these questions.


Do you think Benninghoff, Leach and Enlow will all be in Cedar Rapids next year or will one be in Elizabethton?
— Jonathon Zenk (@jzenk42) August 17, 2017

There's a ton of talent with those three names, and I think they each carry a unique situation. Among the group, the one I think makes the biggest jump a year from now is Blayne Enlow. He was a steal for the Twins in the 2017 draft, and has dominated short season GCL ball. He could go to Elizabethton considering his age, but he appears ready for full season ball in Cedar Rapids.

Both Landon Leach and Tyler Benninghoff are exciting prospects as well, but there's a bit more reason to slowplay them. Benninghoff, an 11th round pick in 2016, has just returned to the mound following surgery. At 19, there's no reason to rush him. Leach is still relatively new to pitching full time, and while I think he has promise, I'd make him show you at every level for the next few seasons.

I can only surmise that Colon's diet doesn't solely include salads. Not knowing his background, and having never been to the Dominican, trying to peg cultural foods is tough. I can say I love me a good (if that isn't an oxymoron) hot dog, some mac and cheese, or maybe even the two mixed together.

For one reason or another, it seemed like the Twins were destined to keep Garver down until September. He would have been an easy one to peg, but is now finally up. With Rochester playoff bound, I'd imagine we don't see a ton of immediate promotions on September 1st. Also, the 40 man roster is pretty well represented at the big league level.

I'd guess we could see Randy Rosario again, as well as maybe Felix Jorge or Fernando Romero getting work out of the pen. Romero is being limited right now for Chattanooga, and I'd guess he'll be coming up to an innings limit soon. Zack Granite and Daniel Palka should be near certainties from a position player standpoint with both being on the 40 man. If there's a candidate or two off of the 40 man, both Jake Reed and John Curtiss make a ton of sense.

While the quick and easy answer is anybody, the realistic one requires a bit more thought. I've gone back and forth internally as to whether or not a Postseason run saves Molitor. I think though, he's shown enough to prove to Falvey and Levine that the results don't justify the means. It's been a situation in which the Twins have won despite him on more than one occasion.

I think the biggest thing for any new hire is going to be relatability. Minnesota trots out one of the youngest lineups in baseball, and the manager needs to be someone that can connect with youth, as well as different cultures. A progressive thinker isn't going to hurt as well, and someone that meshes with the desires of the new front office will be a must. A name I've wondered about is Sandy Alomar Jr., but I haven't done near enough digging to see if he checks off any of those boxes.
Posted by tlschwerz at 7:39 AM