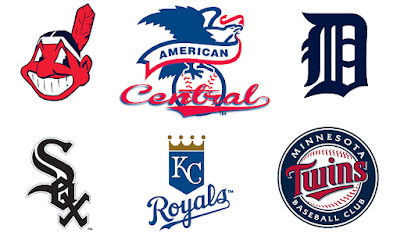 With free agency being a bit slower moving (to put it nicely) this offseason, this piece comes out a few weeks later than in previous years. At this point, there's still a handful of quality major league talent unemployed. For the most part, I think the AL Central is looking towards the year ahead as opposed to who else can join them in competing during 2018.

Projection systems have started to run win totals for the upcoming season, and major sportsbook Bovada has also posted over/under win totals for each team. Rather than hold out for the last of the remaining free agents to leave IMG Academy in Bradenton, it's time to throw numbers out for the Twins and their competition.

The team at the top of the division seems to have taken a slight step backwards over the offseason. Carlos Santana left for the Phillies, and key pen arm Bryan Shaw is no longer in the mix. Yonder Alonso will have to recapture his Oakland magic if he's going to remove the memory of Santana, and it'll be lightning in a bottle if Melvin Upton or one of the MiLB deals pans out well.

That said, the Indians are still the team to be in the division, and it's largely on the backs of a strong pitching staff. Corey Kluber and Carlos Carrasco remain lights out at the top, with a strong duo of Danny Salazar and Trevor Bauer behind them. The bottom half of the Central getting weaker should help add some additional wins to offset some of the talent losses.

If you asked me to take a bet on what was more likely, the Twins win 90 games or lose 81, I'd take the former. After making a Postseason appearance a season ago, Derek Falvey and Thad Levine accomplished what they set out to do this winter. Although the club didn't land the big fish in Yu Darvish, Jake Odorizzi is a top three starter for them, and helps to supplement the roation. The relief corps was strengthened with the addition of Addison Reed, and both Zach Duke and Fernando Rodney should play a big role for this club.

With so many players still looking for jobs, it's fair to wonder if Minnesota doesn't aim a bit higher than Kennys Vargas or Robbie Grossman for the DH role. I'd expect Miguel Sano to miss a handful of games due to suspension, but still think he'll have a shot at surpassing the 114 contests he got into a season ago. Another year of growth for the youth, plus some key veteran additions, make the Twins the most improved team in the AL. Their record is a reflection of battling back against regression, as well as a division that should have plenty more wins to be had from the doldrums.

If there's a team that lost more than the Indians over the offseason, it's definitely the Royals. Unfortunately for Kansas City, they don't have near the ability left to overcome it. Exits from Eric Hosmer and Lorenzo Cain will be felt mightily, and even if Mike Moustakas is brought back, the core just isn't there any longer. Jason Vargas played a key role in the first half for the Royals, and he's now in New York. Combine the exits with a lack of internal talent ready to step up and you've got somewhat of a doomsday scenario.

Right now, the Royals are treading water but don't have much of a direction. The farm doesn't have anything in terms of top prospects, and there's a lot of fliers at the top that can play fill in roles. Without much in terms of capital to deal for future talent either, it could be a bit before the Royals find themselves relevant again.

Arguably the most talent deprive 25 man roster in the division, the White Sox are in a full rebuild situation, but at least they know it. Having moved on from players in return for a good group of prospects, there's a plan in place here even if it takes a few more years to come to fruition. Over the winter, Chicago handed out a few low-risk veteran deals that should also be able to net them some pieces throughout the upcoming season.

Yoan Moncada should be a staple at the big league level this season, but guys like Eloy Jimenez and Michael Kopech aren't there yet. Lucas Giolito needs to be a big arm for the South Siders, and players like Luis Robert, Blake Rutherford, and Dylan Cease have to develop in the year ahead as well. Most of the names Chicago will build its future around won't show up in 2018, but fans should be checking the box scores on the farm frequently.

The bottom three teams in the division provide nice comparisons to each other. If the Royals are treading water without a plan, and the White Sox are stripping it down to rebuild, the Tigers are old and stuck in some level of purgatory. Miguel Cabrera still has six-years and $184 million left on his deal, and I'd suspect no one would take on Cabrera's contract at this point. Michael Fulmer is a nice young piece, but he probably isn't going to be around by the time Detroit finds itself relevant again.

For new skipper Ron Gardenhire, the club is going to have to find a direction sooner rather than later. The club should hang around in the early going, but fading down the stretch and holding somewhat of a fire sale seems like a good bet. Gardenhire was let go around the time Minnesota could see the rebuild bear fruit, so he'll be navigating some similar waters in Motown with 90 loss seasons checking off the past four years of his resume.
Posted by tlschwerz at 1:02 PM