Brian Dozier Where Art Thou? 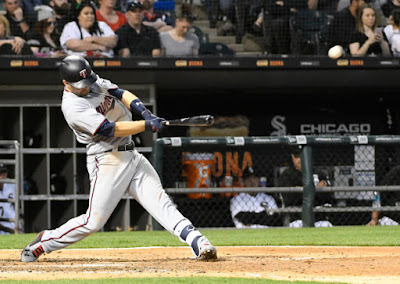 The Minnesota Twins find themselves scratching and clawing through games in order to get back to the .500 mark. This season opened with so much promise, and has taken turns that virtually no one expected. While Eddie Rosario and Eduardo Escobar pace the offense, Miguel Sano and Byron Buxton have been non existent commodities. Somewhat of an afterthought at this point, Brian Dozier has given Paul Molitor nothing of substance in 2018.

After garnering MVP votes for the third straight season last year, and winning a Gold Glove on the basis of his offensive performance, Dozier has been a black hole in the Twins lineup. In 2016 and 2017, the Minnesota second basemen posted .886 and .856 OPS totals respectively. As of June 20 this season, he's got a .682 mark. Slow starts aren't uncommon for the Mississippi native, but this level seems a bit unprecedented.

If there's reason to be optimistic, it's that we've seen Brian make a habit of this. He's traditionally been a slow starter that goes on a tear at some point in the early summer. Right now, he owns a career best hard hit rate, and is spraying the ball consistent with career norms. His fly ball rate is where it has been and he's actually both chasing and whiffing less. If there's an area to point towards in relation to the slide, it's hit 6% dip in line drives, as well as the 6% falloff in HR/FB ratio.

For the Twins, Dozier has been the same player for each of the past handful of seasons. He uses a dead pull approach that allows him to yank homers over the left field fence. There's solid bat speed and whip through the zone, but he's not the hulking power hitter one would stereotype. Despite seasons of 42 and 34 longballs the past two seasons, a projection in the upper 20's seems like a safe bet on an annual basis. You're also going to get that production in lopsided amounts over the course of the season.

In short, I'm not certain Brian Dozier has gone anywhere. In fact, he probably is who he's always been.

To generate a higher level of production, Dozier will absolutely need to get the ball off the ground a bit more. The drop in line drive rate is significant, and putting the baseball on the ground is never going to be his game. As the line drives increase, so too should the HR/FB ratio.

The problem with streaky hitters is that you have to take your lumps through the down times, and unfortunately Dozier's is an annual occurrence. Despite the average being abnormally low, we aren't far off from what would be considered on par with previous outputs. If the Twins offense as a whole hadn't been such an abomination to this point, the second basemen would also have an easier time blending in.

At some point, guys like Dozier fizzle out in extreme fashion. The dead pull power approach decreases in effectiveness as careers get long. I don't think we're there yet (although it's part of the reason I believe Minnesota is right to let him walk this winter), and that's a good thing for the outlook of this lineup going forward. I'd be relatively shocked to see Brian put up 30 homers the rest of the way, but a turnaround shouldn't be anything but expected at this point.

Right now, the Twins need Dozier to start his surge. For the sake of his payday following the conclusion of the season, Brian could use that as well.
Posted by tlschwerz at 9:27 AM