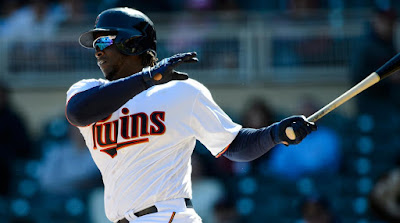 The Minnesota Twins were in the 9th inning of another lackluster offensive performance today against the Detroit Tigers. Despite a wonderful outing from starter Lance Lynn, Minnesota found themselves trailing 3-1 in the final frame. With 2 outs, a runner on, and Miguel Sano on the bench...Jake Cave hit for himself. It was at that moment the Twins had solidified their decision. Miguel Sano needed to go.

Immediately following the game, it was announced that the slugging third basemen would be sent to High-A Fort Myers. He wasn't going to Triple-A Rochester, or Double-A Chattanooga. Instead, he was headed all the way down to Florida. Both the Red Wings and Lookouts have roster space for the Twins third basemen, so this move is no accident. Derek Falvey and Thad Levine have sent the message to Sano that it's time to get right or get gone.

In Fort Myers, Sano will be surrounded by the Twins complex, and monitored and a pretty small microscope. He's going to need to figure out how to ditch the terrible check swinging habit, learn to pick up pitches again, and decide that this shell of a player is not who he wants to be. While the former two issues are big ones, it's the latter that remains the most frustrating for me.

Over the course of his career, Sano has relied on natural talent, casting aside an ability to work hard and elevate himself to heights that a player of his caliber should be reaching. As I've stated in this space before, weight has never been the issue for Sano, but instead the message in regards to what he expects from himself. At some point, and the Twins hope this is it, the Dominican native is going to have to push for more. There's a really, really good ballplayer in there, but he'll need to be the one to find it.

The move surrounding Sano isn't unexpected, and it's likely the correct one. My estimation would be that recently acquired Taylor Motter will come up to take over as the bench utility player. Motter has done little-to-nothing at Triple-A for the Mariners and Twins this year, but with Robbie Grossman and Bobby Wilson on the pine, Paul Molitor needs an infielder. Motter can play all over the diamond, and should be plenty capable of spelling regulars over the next couple of weeks.

If there's a less than ideal wrinkle to the whole situation, it's that Jake Cave was again sent back to Rochester. He's been better than Ryan LaMarre, there's reason to believe his ceiling presents a significantly more appealing skillset, and LaMarre has been relatively awful on his own accord. Minnesota has turned from a contender into a pretender. This team is scuffling at the very least, and keeping LaMarre around for the story he was during spring training is silly. There's no track record to suggest he's anything more than a quad-A type player, and Paul Molitor isn't doing this lackluster lineup any favors by running him out there.

When the dust settles, Minnesota will welcome Mauer back with open arms. He isn't going to cure all the warts this team currently has, but it's definitely a positive to have him back in the fold. Negative as it may be right now, Sano deciding to invest in himself long term is the best development Minnesota could get out of this season. Hopefully Cave will get another shot to prove his worth soon. It was a busy day in Twins Territory to say the least.
Posted by tlschwerz at 1:25 PM