Twins Pen is a Problem in More Ways Than One 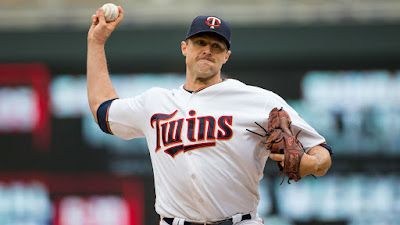 Prior to the news of the Minnesota Twins re-signing veteran reliever Matt Belisle, I had every intention of writing a piece on the curious usage of Matt Magill. Paul Molitor has routinely been lackluster when it comes to bullpen managment during his time as Twins skipper, but things got even more confusing today. After revamping the relief corps going into the season, Thad Levine, Derek Falvey, and Paul Molitor have found a way to make a relative strength into a revolving door.

Needing a fresh arm at the tail end of April, the Twins turned to Matt Magill. Prior to that point, Magill last pitched in the big leagues during the 2016 season. He had just 32 innings under his belt, and at 28 years old, he was a relative flier. Now having been on the 25 man roster for 40 games, he's been used just 13 times in that stretch. Without knowing his numbers, it may not seem egregious given the lack of history to build off of. The numbers though, well they're very good. In 20.2 IP with Minnesota, Magill has posted a 1.31 ERA with a 7.4 K/9 and 1.3 BB/9.

It wouldn't be a terrible thing to Magill to be largely unused if the Twins found themselves avoiding a need to go to their bullpen. However, in that 40 games timeframe he's been with the club, Ryan Pressly has been ran out to the mound 21 times, while Addison Reed has been called upon on 19 occasions. In the 21 games Pressly has appeared in, he has a 6.11 ERA and is allowing an .886 OPS to opposing hitters. Reed's 19 appearances have equaled out to a 3.38 ERA (compared to a 2.57 mark prior), and an .895 OPS against. To say they are running on fumes is an understatement. It being only June makes matters worse.

Then comes the news of Matt Belisle.

Not only is Paul Molitor not using his full relief corps currently, but he's now been given a veteran arm that the worst bullpen in the big leagues (Cleveland) decided to give up on even at Triple-A. Belisle filled in admirably as the Twins closer down the stretch last season, but his fastball velocity has declined to a career worst 90.9 mph. He's also ceded runs in three of eight appearances at the highest level this season. Molitor hasn't given Magill the opportunity to spell his horses despite Matt proving worthy of a chance, now he'll have an arm that should be utilized in a similar vein to Tyler Kinley or Phil Hughes before him.

Sure, there's a value to clubhouse presence, and that will be a notion disseminated freely when referencing Belisle's signing. That's more a cop out than anything however. Addison Reed, Zach Duke, and Fernando Rodney were intended to be the veteran presence brought in over the offseason. All solid clubhouse guys, they effect Belisle has in the matter should be well represented in the doldrums of Target Field. By spinning an odd fit with the clubhouse tag, Minnesota should and does likely alienate more deserving players toiling away at Triple-A.

Tyler Duffey noted frustration when he was recently optioned back to Triple-A. While he's had poor stints with the Twins this year, he was perfect in his recent opportunity and likely deserved better. Most egregious in all of this is none other than Alan Busenitz. Across 24 Triple-A innings thus far, Busenitz owns a 0.38 ERA, 10.5 K/9, and 1.9 BB/9. There's no other way to put it except that it's a massive mistake to have him be wasting bullets in Rochester. No longer a prospect at nearly 28 years old, Busenitz has proven he's well above the Triple-A level, and he should be working his way into a back-end role with the Twins.

The signing of Matt Belisle on its own isn't some terrible decision. Given the factors at play however, it's one that Thad Levine, Derek Falvey, and Paul Molitor should all be questioned for. The bullpen is currently mismanaged, internal options likely provide a higher impact, and a negative message is sent throughout the organization. While the front office deserves to be commended for how they handled the offseason, the roster moves since the games began are puzzling at best.
Posted by tlschwerz at 10:24 AM