The Impact of a Year Off for Certain Twins 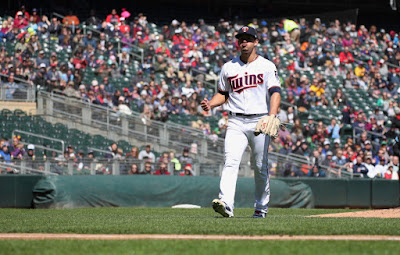 We’re pushing towards what should have been Major League Baseball’s Opening Day. Despite the amount of waiting through the winter, COVID-19 has served up other plans and we won’t hit the mark. In what could be a lost season, what impact is there on certain Twins players?

Having casually watched some of the news and hearing this situation equated to one of wartime, I gravitated to players who previously missed big league time by serving in the military. Obviously, we haven’t had a war necessitating that level of commitment for some time, but the list of names is impact. Everyone from Jackie Robinson to Warren Spahn served the country through different branches of the military. Some players were in the peak of their careers, while others were on the fringes. There’s no denying the time off has an impact, but to what extent?

For a guy like Jose Berrios, a lost year couldn’t come at a worse time. While a shortened season may actually benefit him from a stamina and longevity perspective down the stretch, missing out on his age 26 season just a couple of years shy of free agency is suboptimal. He had put in work to retool his process this offseason, and the final hurdle remaining in between him and Cy Young candidacy was a goal to be cleared. There’s lots of good baseball left in that arm, but 2020 was set to be a pretty big turning point.

We know through multiple occurrences that Father Time is undefeated. Obviously, there were no signs of Nelson Cruz slowing down in 2019 after posting career highs across the board, but he’s quickly approaching 40 and without a contract in 2021. There’s been reports that the Twins would like to extend him if there’s desire to continue playing, but all that raises the bar of uncertainty as age trends upwards. Cruz benefits from focusing on solely one aspect of the game, but I’d hate to see ability leave him sooner with strong production still on the table.

On the flip side, there’s probably not a better scenario for guys on the edges of positional battles. Players like Randy Dobnak and Willians Astudillo have waited in the wings for most of their careers. Dobnak is fighting for a final rotation spot, but eventually will see competition from both Michael Pineda and Rich Hill. Astudillo isn’t a great fit anywhere but is adequate almost everywhere. He’s a utility guy that Minnesota currently has an abundance of, but after some departures, he’d be pushing towards the front of the line.

There’s probably no way you can slice it that a lost season is good for any healthy player. A guy like Chris Sale undergoing Tommy John surgery at this juncture becomes about as lucky as you can be given those circumstances, but that’s where the good news ends. We’re losing a year of peak performance for a handful of guys, and regardless if they can reset the health toll on their bodies, so many more questions than answers will remain.

At the end of the day this is all uncharted territory. Sports have stood still like never before, and we’re truly in a period where the level of uncertainty is at an all time high. Getting back to normalcy, on the diamond and elsewhere is the chief goal, but it remains to be seen when we’ll embark on that reality.

Posted by tlschwerz at 7:29 AM