Baseball's May Day is Coming 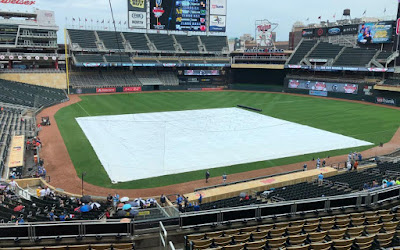 No matter how far we distance ourselves from Covid-19, 2020, and the ripple effects of a worldwide pandemic, I’ll remember a couple of specific dates as they relate to baseball. Tuesday May 26, 2020 could end up being another one of those days. In the midst of Memorial Day we wonder what lies ahead tomorrow.

Thinking back to March 11, the sports world began to stand still. That day the NBA put everything on hold, and less than 24 hours later not only was the MLB season halted, but also March Madness was put on ice as well. We’re now multiple months away from that date, but a return appears on the horizon.

After Major League Baseball owners attempted to go back on their word in regards to prorated player salaries for whatever season that would take place, and do so in a public attempt at employee shame, we’ve got an impending alteration. It’s expected that Tuesday May 26 will bring forth a new proposal from ownership. Players will be expected to move off prorated salaries, but owners will budge on a revenue split that looks very much like a salary cap.

Although it’s the economics of each deal that continues to be at the forefront of any reports the largest hurdle remains that of health precautions. With no level of certainty regarding what’s next in the wrath of this specific pandemic we can be certain that whatever transpires will be a massive outlier. Everything about sports, and life in general, during the current landscape of precaution will remain an oddity for years into the future.

It’s hard to believe, and the growing consensus aligns here, that baseball will not return for this calendar season. Everyone has far too much to gain from resumption, and squabbling would set ablaze and unfortunate fallout in regards to the bigger picture. With potential for a CBA-induced lockout just a year from now, setting back the sport even further ahead of time could be a death knell when popularity enhancement has long been the drive.

Rob Manfred has done a lot of negative during his time as commission of Major League Baseball. Tuesday May 26, 2020 has the opportunity to go a long ways in presenting a launching pad for a restart of a sport that both the country and world need.