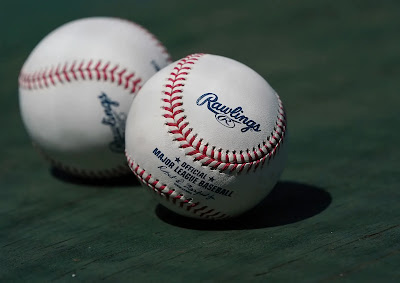 We’ve finally made it and baseball is back in just a matter of days. The Minnesota Twins will kick off this 60-game sprint in Chicago, and they’ll look to distance themselves from a team looking to prove they’re ready. I put out a 162-game projection back in February, but with so many logistical changes and update is necessary.

I don’t foresee any changes in the positioning among the teams from where I had them at the beginning of the year, but we’re obviously only going to play roughly one-third of the games now. There’s significantly more volatility involved, and it will play against Minnesota more than any other club.

That said, here’s how the division shakes out this season, and in parenthesis what the PECOTA projections are for each team in this scenario:

There’s no argument to be made that Minnesota isn’t the best team in this division. They have arguably the best lineup in baseball and aren’t far behind with their bullpen. The rotation is cemented in depth and there’s plenty of candidates to be a top-tier arm as well. Josh Donaldson is a massive addition and having Rich Hill from the jump should be a nice boost. The Twins have stiffer competition in the White Sox this year, but it’s hard not to see the Indians having taken a step backwards.

While it won’t be long before Chicago overtakes Cleveland, I’m not sure it happens in 2020. Cleveland still has an awesome rotation at the top with Mike Clevinger and Shane Bieber. Clevinger is already a health risk though, and Carlos Carrasco’s return is a question mark. Save for Francisco Lindor and Jose Ramirez, there’s also concerns about star power in the lineup. Should this club stumble out of the gate, maybe Lindor gets moved at the deadline.

I’m all in on Luis Robert, he’s going to be a stud. What his career ends up being remains to be seen, and while I think he could break out right away, there’s still plenty more that needs to go right for the White Sox. Lucas Giolito faded at times in 2019, and neither Dallas Keuchel nor Gio Gonzalez are impact pitchers anymore. Yasmani Grandal is a huge addition, but someone had to supplement the flash in the pan that was James McCann a year ago. The Southsiders will be knocking at the door soon, and the shortened season helps their chances, but give it one more year.

Down here you’re really competing for the best of the worst, and I’m not certain what way these final two shake out. It’s my belief that the Royals slide will be less drastic than the volatility of the Tigers prospects. Kansas City isn’t good, and they aren’t exciting either. There are some pieces here though that can squeak out enough to stay out of the bottom spot in the division.

I’m really excited to see what Casey Mize, Tarik Skubal, Alex Faedo, and Riley Greene can do. Unfortunately, none of those guys will be on the Opening Day roster, and while watching Miguel Cabrera chase down records is fun, there’s nothing else of note here. I don’t think Ron Gardenhire is the right guy to push a prospect-laden team forwards as that’s where he ended his tenure with the Twins, so he may see his way out around the time new faces make their debuts.

In case you missed it, here’s how I have the yearly awards and Postseason shaking out as well:

Posted by tlschwerz at 7:11 AM