Where Is MLB’s Planned Taxi Squad? 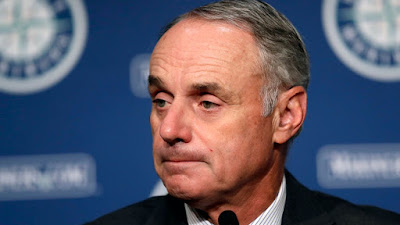 This morning Major League Baseball was hit with another blow. The St. Louis Cardinals had two players test positive for COVID-19 with an immediate fallout of postponement of action against the Milwaukee Brewers. We’re playing through a pandemic here however, so what really was the plan?

When Rob Manfred and the owners finally came to agreement on economics it appeared, they also had sorted out safety protocols. What it seems they didn’t have ironed out was the logistics surrounding continuation of play. It’s one thing to suggest that a season be decided on winning percentage if not all teams get 60 games in. That can’t happen if some only play 30 or 40 games.

These teams are tested every other day, or potentially daily in some instances. Rapid tests are taken at will, and in the case of the Nationals Juan Soto, relatively indicative of what the saliva tests may show. What has to be determined, and seems like it remains up in the air, is what constitutes an outbreak and what doesn’t.

Last week the Miami Marlins decided via group text to play through a game despite four players testing positive. They allowed the virus to run rampant within their clubhouse and now have over 60% of their 30-man active roster dealing with positive results. Something like that isn’t going to be overcome by a 3-man taxi squad, and very clearly isn’t as easy as calling on players from the alternate site either.

On the other hand, the St. Louis Cardinals had just two players test positive following their departure from Minnesota on Wednesday night. To postpone action against the Milwaukee Brewers on Friday seems to negate the planning MLB put in place. The 3-man taxi squad was not designed to account for injury, that’s why there’s an additional 30 players at the alternate site. What the taxi squad was talked about doing was providing an immediate replacement should someone need to go on the COVID-related IL.

Each team has up to three players traveling with them to all away games. If they aren’t going to be immediately substituted onto the active roster when a positive tests appears, then there’s little reason for them to be subjected to travel and increase virus contraction at all.

Since the beginning Major League Baseball’s goal has been to play an unprecedented season amidst a global pandemic. That’s going up against some significantly substantial odds, but if you’re going to operate like that there has to be a level of “next man up.” Postponing each game in which a test or two come back positive on any given day will certainly fail to give this season a chance.

Maybe this was always going to be the probable outcome. We still don’t have this under control across the country, so the feasibility of baseball being doable remained a longshot anyways. However, as unfortunate, and competitively unjust as it is, the show must go on. Either Rob Manfred has to decide that taxi squads have a purpose to fill in rosters (and maybe even expand that group), or even a limited number of positives will bring the sport to its knees.

It has been a tenuous start to this whole thing, and there won’t be much more opportunity to get it right. Step back and get it together now, or we’ll continue to go through the motions on something that fizzles out shortly anyways.
Posted by tlschwerz at 8:08 AM