The Moment Randy Dobnak Has Earned 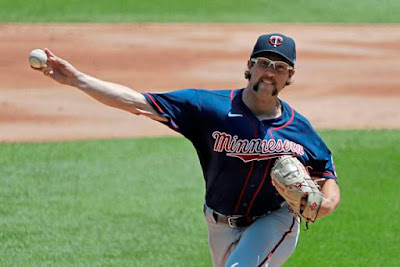 You could call him a former Uber driver, but you’d be selling it short. You could call him a prospect, but he probably never garnered that status. Instead, Randy Dobnak is a self-made grinder that went from small-college West Virginia to one of the best pitchers on a staff that supports one of Major League Baseball’s best teams.

After spending the better part of three seasons in the minor leagues as an undrafted free agent, Dobnak will toe the rubber tonight in what equates to his backyard. From South Park, Pennsylvania, Dobnak takes the ball for the Minnesota Twins against his hometown Pittsburgh Pirates. Something out of a storybook, this narrative couldn’t have played out better, but if you haven’t been expecting it you might also have not been watching.

Pitching for three different levels in the Minnesota Twins minor league system last season Dobnak posted a 2.07 ERA 7.3 K/9 and 1.9 BB/9. No level was too big for him, and each stop he made the job continued to get done. Then he was promoted to the majors and got even better. With the Twins a year ago Dobnak owned a 1.59 ERA 7.3 K/9 and 1.6 BB/9. After putting just 28.1 IP under his belt at the highest level, he was called upon to pitch game two of the American League Division Series against the New York Yankees.

Despite all of the success a year ago, nothing was guaranteed for 2020. Dobnak was on the outside looking in when it came to a rotation spot or even a big-league job. The Twins had acquired the likes of Kenta Maeda, Rich Hill, and Homer Bailey to round out the rotation. COVID-19 had threatened the season as a whole, and the man with the mustache became somewhat of a forgotten commodity once again.

Now two turns through the rotation in 2020, Dobnak is reminding those around the sport once again, his title is Major League Pitcher. He owns a 1.00 ERA allowing a single run in nine innings on six hits. He’s fanned seven and given up an uncharacteristic four walks. When he steps on the mound in the bottom half of the first inning at PNC Park however, none of that will matter. It’ll be another night of work for a guy that’s become a lunch pail type ready to get the job done each time he’s tasked with doing so.

Although every team is looking for their ace that throws 100 mph and blows the doors of every batter they see, it’s clear there’s different ways to get the job done at the highest level. Dobnak knows who he is as a pitcher, and that’s probably why he continues to see success. One of the most light-hearted personalities you’ll see postgame, Randy genuinely enjoys playing baseball and his mental makeup allows him to never let the moment get too big.

Tonight, some of his biggest fans including his wife and dad won’t be in attendance. In fact, no one will be. I can’t imagine that Randy envisioned his first start in Pittsburgh to be without anyone in the stadium, but you can bet there will be plenty of eyes glued on him attending from their couches. It’s a moment he’s earned, one that he won’t allow to get bigger than him, and if any previous indications are to be believed, one he’ll rise to the occasion of.

Every team in baseball would like to have a Randy Dobnak. Someone unphased by the situation, routinely able to produce, and always willing to soak it all in. Unfortunately, not all Uber drivers turn out to be Major League Pitchers.

Posted by tlschwerz at 8:18 AM