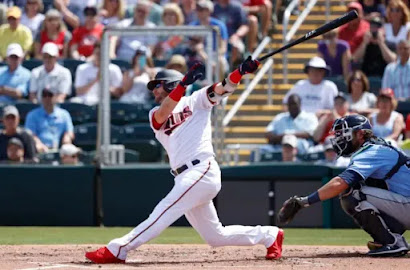 This week is quite possibly the most important the Minnesota Twins will have embarked upon in 2020. Monday represents the halfway point in the 60-game sprint, while a week from then is the 2020 Trade Deadline. With plenty of guys on the shelf, it’s imperative Rocco’s boys keep winning and get healthy.

Starting out with three games on the road against the Cleveland Indians, Minnesota will miss both Mike Clevinger and Zach Plesac but deal with Shane Bieber anyways. After leaving Ohio, they’ll travel to Michigan for a four-game set with the lowly Detroit Tigers. In terms of opponents, there couldn’t be more of a stark contrast, but putting distance between themselves and The Tribe will be reliant on early week wins and later expected results.

Leading the division by 1.5 games as of August 24, Minnesota is in a very good position to make the Postseason. This team’s goals are significantly loftier than that however, and it’s in that reality that the situation off the field may prove even more dire. Right now, Baldelli’s lineup is void of 33% of the Opening Day group, and the pitching staff seems to take a new hit each day. The latter is an issue, but the former could prove to be a real problem.

Josh Donaldson has been shelved since July 31, playing just seven games in his debut season with his new team. Miguel Sano swapped positions to accommodate him, and following a COVID positive, it took Sano roughly two weeks into the season to get his bat going. Donaldson currently owns a .614 OPS on the year and hasn’t settled in at the plate. If he misses much more beyond this week, expecting him to be acclimated and contribute from the outset of October would be somewhat of a fool’s errand.

Ryan Jeffers is the future tandem partner with Mitch Garver anyways, so ushering him in hasn’t been a problem. Garver also hasn’t gotten going however, and while it looked like he was starting to find it, the intercostal injury could cost him ample time to lock in. The injury is just a grade 1 problem, but it still remains to be seen when he’ll be back on the field.

In the outfield Byron Buxton has been among the Twins greatest assets this season. It’s a sigh of relief that his shoulder injury doesn’t involve the surgically repaired labrum, but it seemed to come out of nowhere and anything more than a 10-day breather would seem problematic. Jake Cave has not stepped up at the plate, and both Rosario and Kepler on the corners have yet to consistently contribute.

On the mound there’s a reinforcement coming in the form of Michael Pineda. However, Cody Stashak has been one of the club’s best relievers and him going down out of nowhere was a blow. Zack Littell worked plenty of high leverage a season ago, and now an elbow injury could prove to be a serious problem. Tyler Clippard gets bit by unluckiness being hit by a comebacker, and Homer Bailey has yet to do anything of substance for Minnesota. To say that the shuffling on the mound is starting to wear thing would probably be putting it lightly.

There’s not much in the form of starting pitching options that will be available at the deadline, and that means Minnesota will either need to stay internal or go the route of relief to bolster their staff for the stretch run. I’m not yet considering who is brought in being impactful to the same extent as who can get healthy. This week is a critical juncture for the players and training staff to get bodies back on the field.

Ideally Buxton misses the minimum, Donaldson returns to the lineup, and Clippard has now more than a bruise needing to heal. This club has all the talent in the world, but there’s only so many injuries one roster can truly withstand.

Posted by tlschwerz at 7:09 AM