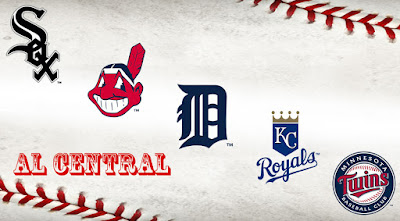 As teams begin to kick off a more traditional Spring Training with the goal of completing it entirely this season, we’re now looking forward to a full 162-game slate. The Twins return as repeat AL Central Division champions, and they’ll look for a three-peat in 2021.

Shuffling has taken place throughout the Central with Chicago having had a strong offseason, Cleveland selling off, and Kansas City quietly making some noise. Last year I put this projection piece out in February, and then needed to come up with an amended version at the end of July.

Let’s hope for good health and as much baseball as we can handle this time around. Here’s how I have the AL Central going, along with PECOTA projections in parenthesis.

It’s more than fair to suggest the Twins could’ve taken further steps forward this offseason, however they had the least to improve upon. Piece did depart, but none of them were substantial contributors and the addition of Andrelton Simmons should make a massive impact defensively. This team is going to go as far as a healthy Josh Donaldson and Byron Buxton allow them too. It’d be great if Miguel Sano were the Nelson Cruz aging insurance along the way. Expect additions at the deadline, and a stable of prospects are near ready to contribute.

There’s no denying that the South Siders have closed even more of the gap. That said, I still think this club is in for some regression given the unpredictability of youth. They broke out in a big way during a shortened 2020 campaign that afforded them the luxury of small sample sizes. Thinking back to the 2018 Twins, a similar swoon could happen here. The talent level is too great to drift too far, but they should be considered a runner-up. Postseason expectations are a must however, and they shouldn’t have much problem achieving that.

While the Royals are not yet there, and they are waiting on some offensive prospects to step up, they did a lot of nice things this winter. The Mike Minor signing was an underrated one, and Carlos Santana should provide a steadying veteran presence for them. I like Brady Singer and Kris Bubic in the rotation and think there’s a different trajectory here than in years past. This isn’t a Kansas City club yet ready to compete, but they’re substantially better than the bottom feeding Tigers and should have more firepower than Cleveland.

Rather than load up for one last go with a strong rotation and a final year of Francisco Lindor, Cleveland decided to punt on 2021. The rotation is top heavy with Shane Bieber and Aaron Civale, but beyond that there’s more question marks with upside than anything. They’ve done a good job developing arms, and I’d expect that to continue, but it still needs to be proven. There isn’t much talent in the field or at the plate, and if they aren’t going to compete it makes little sense to hang onto Jose Ramirez. Assuming he’s dangled at the deadline, they could accelerate the rebuild they’re now destined for.

A.J. Hinch has a tall task in front of him as this isn’t a club rich with talent akin to the Astros teams he’s used to having led. That said, there’s going to be a handful of prospects that filter into Comerica this year, and Detroit has one of the best systems in the game. I’d expect some of those kids to take their lumps, and even if they do produce, there’s just not enough on the roster to raise the overall water level. That said, this club isn’t far from turning the corner and adding pieces with a focus on competing once again.