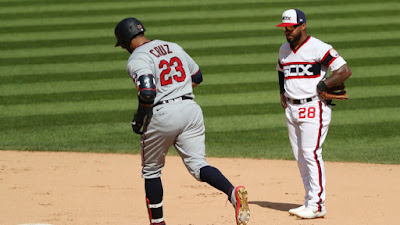 As the Minnesota Twins enter 2021 a new rivalry has emerged. With the Chicago White Sox looking like contenders a season ago, a full 162-game schedule should provide plenty of excitement between the two clubs.

Over the past couple of years Minnesota has been challenged at the top of the AL Central by the Cleveland Indians. They were a good team, with plenty of exciting stars, but unfortunately the fanbase never showed up. Ranking 21st in attendance during the 2019 season, Cleveland’s support system has always seemed relatively nonexistent. Maybe that’s why ownership felt the need to tear things down in the midst of a competitive window, but this ballclub has never seen the vocal support that the LeBron-led Cavs or Cleveland Browns have experienced.

Enter the Chicago White Sox. Yes, their attendance in 2019 was awful as well, ranking 23rd in all of Major League Baseball. However, as the organization has developed its young stars, there’s a vocal fan base in a very large market. The White Sox made the Postseason in 2020 for the first time since 2008. The time before that however, 2005, they swept the Houston Astros en route to a World Series title. This organization has seen success, even if it hasn’t been extremely recent.

Often times I’ve suggested that seeing a competitive club on a yearly basis is my desire as a fan. While winning a World Series is the ultimate goal, the stark reality is that 29 teams fall short every season. If the full 162-game schedule can provide some drama, meaningful October baseball can be played, and excitement be had along the way, I will have enjoyed roughly eight months of the year from a sports perspective. Include a rivalry that sparks debate, discussion, and intensified importance on any number of games throughout the week and you’ve put a cherry on top.

From guys like Barstool’s own White Sox Dave, or Twitter-famous ChiSoxFanMike, the White Sox have a well-represented fanbase. As with any situation there’s some rose-colored glasses type of takes, but it’s oddly refreshing to see banter and interaction each and every time Chicago’s South Side contingent is mentioned in the context of opinion.

It’s foolish to think that an improved White Sox team with another year of youth development will finish behind Cleveland again in 2021. The Minnesota Twins and Chicago White Sox will battle all year at the top of the AL Central, and with both likely destined for the playoffs, it should provide plenty of must-see moments along the way.

Posted by tlschwerz at 7:25 AM